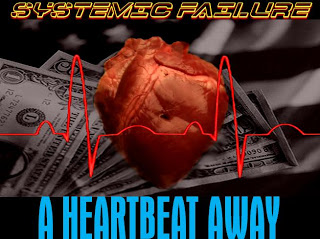 from clyde lewis: When I am not doing radio I have been doing work as an internet marketing consultant providing people with front page listings on Google. It is great job when the money comes and a waste of a day when nothing comes in. Lately I have been doing my business calls in Florida and Georgia.

Most of the areas I have been calling are far from the effects of the oil spill. When I start calling people that live closer to the Gulf coast the more I get disconnected phone numbers or answering services that tell me that the property owners have left the country for Europe. In one instance I was forced to find business in the Ukraine and sold search engine placement there.

I thought it was just a fluke, but anymore I am wondering if people have gotten the message and are “bugging out” of the Gulf States because of the fears of what might happen to them and their families.

After realizing that most of my potential clientele have left for Europe I decided to see if there was any news on people who are leaving the area. I stumbled across a story that had me thinking about the old idea of rats bailing out of a sinking ship. The story said that the global elite are writing off their American investments and “bugging out” of the country at an increasing pace.

A lot of Americans have been driven into poverty and their retirements destroyed. They see better opportunities in Japan, Russia and China. Many are moving to Europe.

Fearing a backlash from the economic disaster they created, big business men are leaving this unstable environment for stable countries overseas where they are safe from angry mobs and prosecution. The riots are starting and the people are no longer afraid to fight back.

related video: outside the box #259

previous episode: one nation under guard