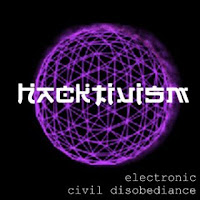 Activist Post picked up the Reuters article, "Wikileaks battle: a new amateur face of cyber war?", which seems to confirm cyber war has escalated and entered a new more dangerous phase. The article reports Wikileaks' defense has become "...something of a popular rebellion amongst hundreds or thousands of tech-savvy activists." The online movement even has a name: "Operation Avenge Assange". The current operation behind recent attacks on Mastercard and Visa among others is an outgrowth of an earlier series of attacks called, Operation Payback. These operations use distributed denial of service (DDoS) attacks to deny access to a targeted website. An online group Anonymous "...appears to be using social networking site Twitter to coordinate attacks on websites belonging to entities it views as trying to silence WikiLeaks." Will attacks continue until Assange is set free and Wikileaks no longer targeted? This new development of internet anarchism via amateur attacks is bad news, as it plays right into the hands of those who wish to restrict the internet! Is this synthetic terror?