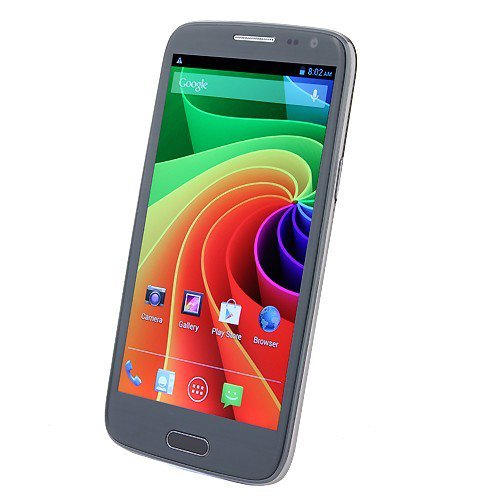 from intelnews.org: A popular brand of Chinese-made smartphones, which are sold
internationally by several major retailers, has been found to contain
pre-installed monitoring software, according to a German security firm.
The revelation was made on Tuesday by G Data Software, which is based in
Bochum, Germany, and has a subsidiary in the United States. The firm,
which was founded in 1985, said
it discovered the spy software hidden deep inside the proprietary
software found on the Chinese-made Star N9500. The product in question
is a cheap smartphone based on the popular Samsung Galaxy S4, and can be
purchased from numerous Internet retailers, including online outlets
such as Amazon.com.

A G Data spokesperson, Thorsten Urbanski, told reporters in Germany that
his company purchased several Star N9500 telephones from an online
retailer after receiving multiple messages from users of the telephone
in Germany, who said the device’s operating system appeared to contain
malicious software. The security firm said the Star N9500’s operating
system contains hidden software applications that could allow a third
party to access and steal the telephone user’s personal information.
There are also secret applications that could permit a hacker to place
calls from the telephone, or utilize the device’s microphone and camera
without the consent of its owner. What is more, the stolen data was sent
to a server based in China. G Data investigators added that their team
of experts sought for “over a week” to track down the manufacturer of
the Star N9500 but were unable to do so. German media reported that
journalists from The Associated Press also tried to locate the
manufacturer of the smartphone, by contacting several companies located
in China’s southern province of Shenzhen, known as the center of the
country’s telecommunications industry. But
the news agency said it could “not immediately find a reference to the
phone’s manufacturer”. This is not the first time a German firm has
discovered hidden spyware in the operating software of
telecommunications hardware made in China. Last October, a Chinese-made
memory card marketed by German telecommunications service provider
E-Plus was found to contain a spyware application. The malware allowed hackers to access both the telephone and any computers connected to it.