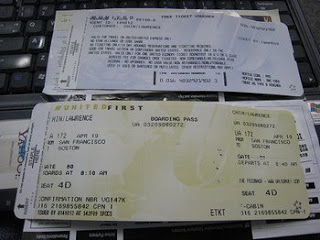 homeland stupidity to take over airline watchlist in ’09

from washington post: The Department of Homeland Security will take over responsibility for checking airline passenger names against government watch lists beginning in January, and will require travelers for the first time to provide their full name, birth date and gender as a condition for boarding commercial flights, U.S. officials said Wednesday. Security officials say the additional personal information - which will be given to airlines to forward to the federal agency in charge - will dramatically cut down on cases of mistaken identity, in which people with names similar to those on watch lists are wrongly barred or delayed from flights. The changes, to be phased in next year, will apply to 2 million daily passengers aboard all domestic flights and international flights to, from or over the United States. By transferring the screening duty from the airlines to the federal government, the Secure Flight program marks the Bush administration's long-delayed fulfillment of a top aviation security priority after the Sept. 11, 2001, terrorist attacks. Homeland Security Secretary Michael Chertoff and Transportation Security Administration (TSA) chief Kip Hawley said yesterday that, except in rare situations, passengers who do not provide the additional information will not be given boarding passes. "If you don't provide the data, then you are going to put yourself in a position where you are probably going to be a selectee," subject at a minimum to greater future security scrutiny, Chertoff said in remarks announcing the program at Reagan National Airport.

fliers will have to give more info to airlines

feds to take over airline watchlists in '09
from threat level: Under the so-called "Secure Flight" proposal - which has been six years and numerous privacy scandals in the making - airlines will submit travelers' personal information to DHS, which will compare the information against terrorist watch lists and then send the results to the airlines. Previously, airlines have performed the screening autonomously. The government hopes that a centralized checking system will reduce the number of false matches on the list, which have notoriously included senators, nuns and anyone named David Nelson. "Secure Flight is a critical tool that will further improve aviation security and fix the major customer service issue of watch list misidentifications, a frustratingly common occurrence for travelers under the existing airline-based system," said homeland security secretary Michael Chertoff in a press release. Privacy groups gave the program a lukewarm welcome, acknowledging they largely won a five-year battle to scale back the program's ambitions. "What remains to be seen is whether the revisions to Secure Flight will really work," said ACLU legislative counsel Tim Sparapani.