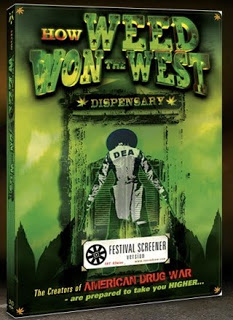 ‘how weed won the west’: new doc exposes the drugwar

from infowars: In the follow-up to his ground-breaking documentary ‘American Drug War,’ filmmaker Kevin Booth traces the fight against Federal drug regulation in the State of California. A public majority has spoken and said yes to states rights, allowing for the use of medicinal marijuana and opening up a new front in controversial medicinal ‘dispensaries.’ While users herald the freedom of legally-licensed “weed,” powerful forces at the DEA and law enforcement haven’t given up their federal enforcement power yet. Many dispensaries have been raided, targeting their distribution of marijuana and challenging their authority to rise into legitimate business.
(purchase & support the work here)

update1: legalization is a crucial issue for the liberty movement
from kurt nimmo: A casual glance at the so-called war on drugs reminds one of Einstein’s famous quip — insanity is doing the same thing over and over again and expecting different results. Arresting and throwing recreational drug users in prison — primarily for possessing and smoking marijuana — will not win the supposed war. It simply creates a class of criminals where none existed before.

obama grows the drug war, with enforcement a clear priority 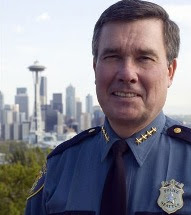 from raw story: It was not long ago when President Barack Obama's new drug czar, former Seattle police chief Gil Kerlikowske, swept into Washington, D.C. and declared the "drug war" a public policy relic. The Obama administration, he said, would move toward handling drug addiction as a medical problem, moving away from the brash enforcement tactics that hallmarked prior administrations. "We're not at war with people in this country," Kerlikowske told The Wall Street Journal in May.

However, if the Office of National Drug Control Policy's (ONDCP) budget for fiscal year 2011 is to be believed, Kerlikowske was full of hot air. According to 2011 funding "highlights" released by the ONDCP (193kb PDF), the Obama administration is growing the drug war and tilting its funds heavily toward law enforcement over treatment.