…which was created with the help of the plum island biolab… 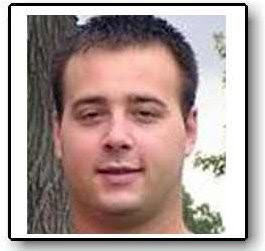 from belleville news-democrat: Terry Sedlacek‘s mental condition was deteriorating as a result of Lyme disease, his attorney said Monday within hours of Sedlacek being charged with murdering a pastor. The attorney also issued an apology Monday on behalf of the suspect’s family. “They’re very sorry for the pastor’s congregation,” said Edwardsville defense attorney Ron Slemer, who has been hired by Terry Sedlacek’s family to represent him. “They want to express this sympathy for everyone.” Slemer said Sedlacek’s family is “very sorry for the loss of Rev. Winters.” The Rev. Fred Winters, the pastor of First Baptist Church Maryville, was shot to death Sunday morning during a worship service. Sedlacek has been charged with murdering him and stabbing two congregation members who subdued him. Slemer said Sedlacek has Lyme disease from getting bit by a tick several years ago, and that his physical and mental health have suffered as a result. “That’s what it’s all attributed to so far. You can see how he’s deteriorated over the years. They’ve struggled with this,” Slemer said. “I just know that it’s caused his body to physically deteriorate and also his mental condition.”

update: as i mentioned/predicted on ep114, in relation to the arrest of 2 atlanta teens, we’re entering the primetime for mass shootings/copycats…

shooting spree leaves at least 10 dead in rural alabama
from dpa: A gunman is believed to have killed at lease nine people in a shooting spree in southern Alabama before taking his own life, the Alabama Department of Public Safety said late Tuesday. The spree through a mostly rural area near the Florida state line including shootings in at least four locations, the state police statement said. The gunman, who was described as carrying a semiautomatic weapon, is believed to have acted alone. “This is a very complicated investigation that is unfolding, with multiple crime scenes and a number of agencies working together,” the state police statement said.

army puts soldiers in samson in response to shootings 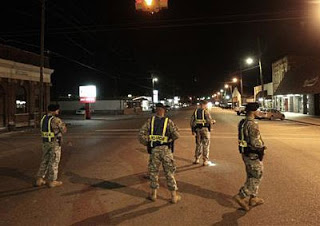 from kurt nimmo: The U.S. Army dispatched soldiers to patrol the streets of Samson, Alabama, a small southern town where a rampaging gunman killed 10 people on Tuesday. This obvious violation of the Posse Comitatus Act prohibiting the federal uniformed services from exercising state and local law enforcement was completely ignored by the corporate media with the exception of Reuters and the London Telegraph. 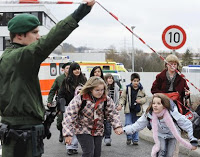 from evening standard: A gunman aged 17 went on the rampage at a German high school today murdering 10 students and three women teachers. The killer took particular interest in one of the classrooms, room 10D. He went in and out of the room three times, asking the last time: “Are you all dead yet?” Timothy Kretschmer, who wore a black combat uniform and a gas mask, killed a total of 16 people before he was shot dead by police.

unfortunately, we’ll probably have to cover these stories again as we are sure to find out about the involvement of pharmaceuticals, the feds & forewarnings… and we haven’t even mentioned the shootings/drills in ireland