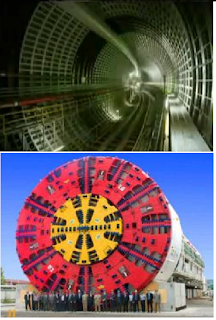 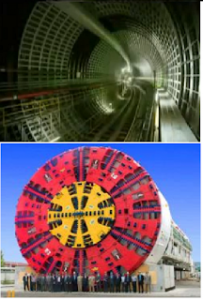 Researcher Richard Sauder, author of books on underground bases, writes part one of a five part Intel Hub series on what he's learned over the years: 'Deep Underground Military Bases' may go as deep as 12-14 miles - no longer clinging to former belief of a three mile limit. While admitting he doesn't know the technology employed, Sauder has gotten indication from insiders that lead him to a belief of greater depths. Part One suggests the US Military returned from WWII with new ambition to build underground after discovery of impressive German subterranean facilities. Xaver Dorsch, taken prisoner by US forces, engineered underground bases in the last years of war for Germany. The Intel Hub article shares its opinion, " Xaver Dorsch may even have worked directly for the American military on the construction of secret, underground bases in the USA, just as he had done for the Nazis during the Third Reich." The article shares account of Col. Robert S Allen who described what US forces encountered:

"'The underground installations were amazing. They were literally subterranean towns. There were four in and around Ohrdruf…. None were natural caverns or mines. All were man-made military installations...Over 50 feet underground, the installations consisted of two and three stories, several miles in length and extending like the spokes of a wheel. The entire hull structure was of massive, reinforced concrete...This place also had paneled and carpeted offices, scores of large work and store rooms, tiled bathrooms with both tubs and showers, flush toilets, electrically equipped kitchens, decorated dining rooms and mess halls, giant refrigerators, extensive sleeping quarters, recreation rooms, separate bars for officers and enlisted personnel, a moving-picture theater, and air-conditioning and sewage systems. Begun in 1944, the installations had been completed but never occupied.'"

The images of underground rails (top picture) and tunnel boring machines (bottom) makes the existence of underground bases likely - if not entire towns. The tunnel boring machines have been around for decades. A Paranoid Android article, "Strange Sounds Around The World Part 1. The Hum, Underground Construction to Future Proof Society?" raises question whether noises and disturbances heard in Windsor, Ontario, and more recently, Clintonville, WI are due to underground construction? Are the elite attempting to 'future proof' their world from you?