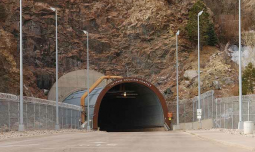 Richard Sauder is your tour guide to underground bases in America.  Sauder doing fine job with Intel Hub five part series, stirring clear of speculation to report on known bases.   In Part 2, Sauder lists by state bases such as Camp David, Fort Meade and Site R.  Also known as the Raven Rock Mountain Complex, Site R is location former Vice President Dick Cheney spent considerable time, following 9-11 tragedy.  There are fascinating factoids about who runs each base.  Site R is under the auspices of US Army’s Fort Detrick.  Fort Meade and Camp David are under direction, respectively, of the NSA and the Navy.  Sauder returns to his hometown, Williamsburg,VA to advise us of low profile Camp Peary, also known as “the Farm,” “nominally administered by the U.S. Navy” but run by the CIA.

Sauder shares an anecdote associated with Camp Peary he feels is instructive about feasibility of underground even underwater bases and it’s nothing new:

“Camp Peary lies on the York River; immediately to the southeast lies the U.S. Navy’s Cheatham Annex, a major weapons supply depot for the U.S. Navy’s Atlantic Fleet, part of the Yorktown Naval Weapons Station. This interests me, because many years ago I spoke with a woman whose father worked at the Cheatham Annex/Yorktown Naval Weapons Station complex in the years after World War II. He was a construction worker, and at that time, about 60 years ago, the U.S. Navy was building a facility deep below the water line...the instructive part of the story is that even then, 60 years ago, military engineers had the capability to construct facilities below the water line, using high powered pumps and quick setting concrete.”

The replies to Sauder’s story are also interesting.  Someone with a clearance pass wandered below the Capitol.  The government worker-explorer attests to possibly 14 levels below ground the lowest little more than hollowed out caves.  Another reply believes Sauder is correct in his representation of the Tidewater area  (includes Williamsburg and Camp Peary) of Virginia.  Sauder relates, last in part two, about elevator technology that could provide access to sub-seafloor bases.  The elevator could be located in a leg of an oil rig platform, citing his source. You may access part one of the series here. Sauder convinces readers there are huge facilities not only underground but bases also underwater.