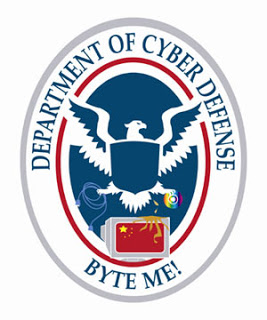 what if the recent cyber attacks were being used to prep the US for an 'i-9/11' event which would provide the pretext for a "cyber equivalent of the constitution-destroying Patriot Act ready to be rubber stamped into law; all it requires is a 'cyber 9/11' to make such legislation politically viable."

and what if, instead of focusing on the controlled demolition controversies of 9/11, we focused on the documented connections between the intelligence agencies & 'the terrorists'?

specifically: what if there was a software company that had a backdoor into the computer systems of the faa, norad & the pentagon on the morning of 9/11? and, furthermore, what if that company was founded & founded by a 'specially designated global terrorist'?

in this special interview episode from media monarchy, we talk to james corbett of the corbett report about his important new article called '9/11 & cyberterrorism: what if the real cyber 9/11 happened on 9/11?'.

put quite simply: this is an incredible story of a 'vulgar betrayal' that cuts to the heart of what really happened on 9/11 & what we are facing with the growing hype of a 'cyber 9/11'. please help us spread the word about this under-reported aspect of 'the day that everything changed'.