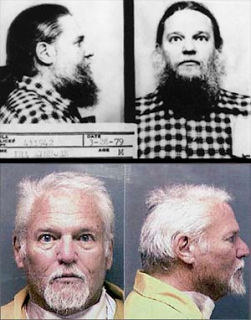 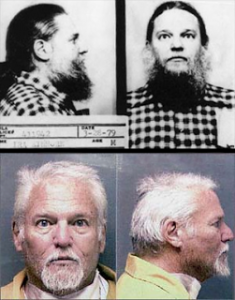 from philadelphia bulletin: Today is Earth Day, a holiday created to honor the planet and to raise the consciousness of man’s effect on the environment. Philadelphia has a very strong tie to this day. One of its native sons, Ira Einhorn, was a co-founder of the environmentalist jubilee. But Mr. Einhorn has another line on his resume. In addition to being a environmental guru, he is the Unicorn Killer.

While a student at the University of Pennsylvania, Mr. Einhorn dated a Bryn Mawr College graduate by the name of Holly Maddux. When the affair ended in 1977, Mr. Einhorn went into a jealous rage and murdered her. He concealed his crime for 18 months by stuffing Ms. Maddux’s body in a trunk that he kept in his apartment. The foul odor of the decomposing corpse coming from Mr. Einhorn’s Powelton Village apartment caused neighbors to complain. In 1979, police found the trunk stored in a closet in Mr. Einhorn’s apartment.

Ira Einhorn, member of the counterculture pantheon, one of the founders of the environmentalist movement, icon of the liberal intelligentsia, was charged with murder.
But it was not just a simple murder, it was a gruesome case of domestic violence.

At the bail hearing, Mr. Einhorn was praised by a contingent of luminaries — all testifying to his character. There were Ivy League professors, an Episcopalian minister and corporate executives who worked with Mr. Einhorn raising funds. They all stated under oath that he was a man of the greatest integrity.

Arlen Specter, currently Pennsylvania’s senior United States Senator, was Mr. Einhorn’s attorney. He managed to get the bail set at the unheard of amount of $40,000 for the suspected murderer. Only 10 percent was needed to free him. Barbara Bronfman, heiress to the Seagram liquor fortune, paid it. 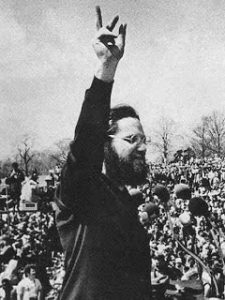 Proclaiming his innocence, Mr. Einhorn told all that he was framed. He said it was the CIA or the FBI who committed the murder and they were trying to frame him for it because of his political activities. Some will note that another notorious Philadelphia murderer, Mumia Abu Jamal, used this defense a few years later. Like Mumia, Mr. Einhorn had no shortage of leftist followers.

Mr. Einhorn skipped bail and left Philadelphia in 1981. More than a decade passed when the DA's office tried Mr. Einhorn in absentia after being unable to locate him. He was convicted in 1993. Several years after the absentia conviction, in 1997, Mr. Einhorn was located. He was living in France with a new girlfriend — a Swedish woman. The District Attorney’s office in Philadelphia immediately asked to have him extradited. However, the humane French refused to extradite Mr. Einhorn. French officals cited the use of capital punishment in Pennsylvania and the conviction in absentia as reasons for their refusal.

Mr. Einhorn was able to convince the French courts not to extradite him until he received the promise of a new trial. A Pennsylvania legislator, Dan O’Brien, introduced a bill in the Pennsylvania General Assembly that allowed granting Mr. Einhorn a new trial, if he asked for it, and if the French extradited him. The bill did not vacate the original verdict.

When France began extradition, Mr. Einhorn’s representatives requested the European Court of Human Rights to review the case. The request was denied. He was extradited to Pennsylvania in July 2001. He was tried, convicted and sentenced to life in prison October 17, 2002.

But there is a little mentioned irony about the Einhorn saga. Ira Einhorn was arrested for murder March 28, 1979, the day the Three Mile Island nuclear plant accident occurred. Ira Einhorn, environmentalist, was charged with murder during the same period as one of the greatest environmental accidents in United States history.

But the real irony is that more people died in the apartment of Ira Einhorn, co-founder of Earth Day than at Three Mile Island. The environmentalist killed more people than the so-called environmental disaster. Happy Earth Day.