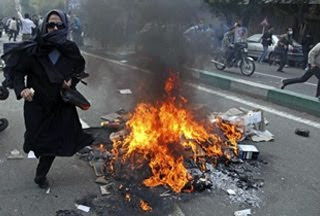 iran claims arrest of 2 cia agents ahead of feb11 events

from presstv: Iran said Saturday it arrested seven people, including two Central Intelligence Agency (CIA) operatives, who planned to stoke unrest and violence on a march scheduled for February 11. The rally on Thursday will commemorate the 31st victory of the Islamic Revolution in Iran. Intelligence forces, according to Borna News Agency, arrested the men who had plans to leave the country for Dubai in the United Arab Emirates (UAE) and then head to the United States. According to the report, some of those arrested work for the US-backed Radio Farda, a Persian language station based in Prague and Washington.

related: internet down in iran ahead of opposition protests 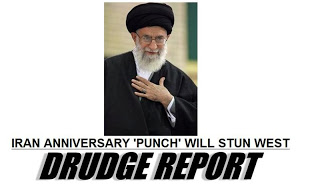 from the freeman perspective: As discussed below, Clyde Lewis had made connections with the threat of an Iranian EMP attack by Defense Tech, a year to the day of Iran launching a mouse, a turtle and worms into space, Feb. 3rd, to their bold admission that Iran would deliver a "one punch" blow to the arrogant West, and it has left us wondering if the world, as we know it, will end on Thursday. I don't believe Iran could hit the US with an ICBM but, Defense Tech sure does. I see a New World developing right before our eyes and no one really understands the motives. Things are stranger than they appear. With Messianic characters like Supriem and Maitreya taking the stage, bizarre stars appearing in the sky and America condemned as a Satanic Earthquake-Creating Tyrannical Empire, where will the Elite leads this and what do they have in store for themselves? ... Headlines today seemed to indicate that Clyde Lewis of Ground Zero Media might be correct in his warning last night that Iran would send a telling blow by detonating an EMP [594kb PDF] over the US on February 11th...