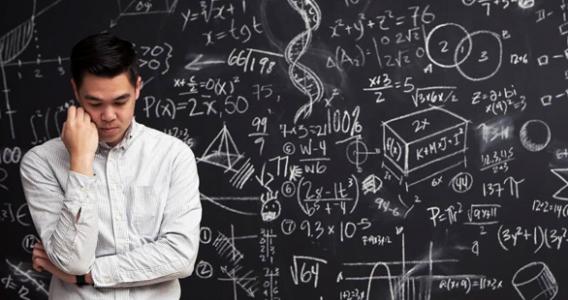 from bigquestionsonline.com: We know well atheistic attempts to explain religion away. Marx, for example, claims that religion is the opiate of the people. Religion, Nietzsche contends, is weakness lying itself into power. According to Freud religion is a defensive illusion created in the face of “the crushingly superior force of nature.” As influential as these ideas are, they are little more than guesses based on utter speculation.

Times have changed. From the Agency Detection Device (ADD) to Theory of Mind (ToM), the cognitive faculties involved in the production and sustenance of religious belief are now well known. ADD and ToM, when taken together, are sometimes called “the god-faculty.” The god-faculty produces belief in kin, predators, mates, and enemies, and it produces manifestly false beliefs in such things as ghosts, goblins, and even gods. According to philosopher Daniel Dennett, the god-faculty is a “fiction generating contraption.”

The new science of religious belief inclines some scientists to put on their philosopher caps and opine. Psychologist Paul Bloom contends that religious belief is “an incidental by-product of cognitive functioning gone awry.” Biologist Richard Dawkins claims that “the irrationality of religion is a by-product of a particular built-in irrationality mechanism in the brain.” The psychological impulses that drive belief in God, according to Dennett and Dawkins, reveal God to be an illusion or a delusion.


Atheism, however, has not received much attention. I suspect this is due to the following: the vast majority of those who work on these topics are atheists or agnostics who view religious belief as false and even bizarre. Given this assumption, the project of psychological explanations of religion is to explain how otherwise rational people could hold obviously false beliefs. Unlike religious belief, their own beliefs (agnosticism or atheism), so the narrative goes, are products of coolly rational reflection—the triumph of reason over superstition. The project then is to seek out the malfunction that produces religious belief; atheism gets a free pass.

But if there are primal urges, neuronal impulses, or psychological drives that influence and even cause belief in God, couldn’t there be similar causes of unbelief? Or are only theists neurotic?
While it would be nice to be able to settle the rationality or irrationality of belief in God in one fell swoop, Dawkins and Dennett have not done so. The god-faculty is not, for the most part, fiction-generating. ADD and ToM are both perfectly ordinary and truth-conducive. Every time you walk through the mall and see a person and make a judgment about them, you are using those faculties. More often than not, ADD and ToM produce true beliefs. ADD and ToM have occasionally produced false beliefs—we see, as Stewart Guthrie argues, faces in clouds and sometimes turn clouds into gods. But unless we wish to proclaim that we are all irrational for thinking there are other people, then we shouldn’t think the faculties involved are fiction generators.

If atheism, on the other hand, were the product of a fiction generating mechanism and one were made aware of this fact, one would be irrational in maintaining one’s atheism. Interestingly, recent studies suggest just such an irrationality contraption. Consider the curious case of famed neurologist, Oliver Sacks.

Sacks was once hiking alone in the mountains of Norway when he happened upon an enormous and cantankerous bull. The bull startled him, and as he fled, he fell down a steep cliff landing with his leg twisted beneath him. In excruciating pain, he fashioned a splint for his dislocated knee and began his lonely and painful descent. On the way, believing himself to be near death he began to feel increasingly desperate. His body was screaming, “Give up,” and his mind was beginning to agree. He was just about to stop when he heard “a strong, clear, commanding voice, which said, ‘You can't rest here — you can’t rest anywhere. You’ve got to go on. Find a pace you can keep up and go on steadily.’” Yielding to the voice, he found the strength to carry on in spite of the crippling pain in his useless leg. He later wrote, “This good voice, this Life voice, braced and resolved me. I stopped trembling and did not falter again.”

Where some might have come to believe they had heard the still, small voice of God, Sacks, instead, claims the voice was an hallucination. He attributes his hallucination to perfectly ordinary and not uncommon cognitive processes.

But suppose it wasn’t an hallucination.

If there is a God, one who occasionally speaks to people, then in at least some cases of unbelief, there may be a plausible scientific explanation. Autistic individuals lack, to varying degrees, the ability to impute thoughts, feelings, and desires to personal agents. This undergirds their lack of empathy, which hinders, to varying degrees, their ability to enter into normal interpersonal relationships. The loving parent may speak to them, reach out to them, and embrace them, but the autistic child may be incapable of recognizing and responding to them.

Psychologists Ara Norenzayan, Will Gervais and Kali Trzeniewski contend that “mentalizing deficits”—the inability to “see” the beliefs, feelings and desires of other persons--incline autistic individuals towards atheism. Since people with higher scores on the Autism Spectrum Quotient had a reduced ability to mentalize, they claim that mentalizing deficits mediated increased tendencies towards atheism and agnosticism. As noted, recent work in cognitive science of religion shows the centrality of mentalizing (which we called above “ToM”) to typical religious beliefs. If God is personal, then a properly functioning ToM may be necessary for belief in God; mentalizing deficits, therefore, may hinder or even prevent belief in God.

According to a culturally influential narrative, religious beliefs are irrational because they are caused by unreliable cognitive mechanisms, whereas atheism is rational because it is the product of rational reflection on true beliefs. We have debunked a portion of the narrative: atheism, at least in some cases, is correlated with and mediated by a cognitive deficit.

We should agree, I think, that if one’s atheism were indeed mediated by a mentalizing deficit, then one’s belief would be irrational (if one were apprised of the cause of one’s belief). But we simply have no idea whether or not any particular person’s belief was produced by a malfunctioning ToM; we can’t peer into another person’s mind to determine if they had been prevented from believing something true by virtue of a malfunctioning cognitive faculty. And if we can’t know if a particular person’s belief was mediated by a cognitive defect or by, for example, deep reflection on the problem of evil, we cannot know if any particular person’s atheism is rational or irrational.

Even if the atheism-autism connection were indisputably established, we simply cannot know, in any particular case involving any particular individual, the cognitive processes involved. After all, the studies would show general tendencies of groups of people, tendencies which tell us nothing at all about any particular member of the group. Here’s another way of putting it: not all men are from Mars, not all women are from Venus. And another way: not all women are bad at math and not all men are good at math. Related Questions Are We Born Believing in God? Do We Have Souls?
Consider an analogy. We know that depression mediates sadness. Nonetheless, we cannot know, in any particular case, if a depressed person is perforce sad or if a sad person is perforce depressed. So, too, we can’t know if any particular atheist suffers from autism or if any particular autistic individual is an atheist (in fact, many autistic individuals claim a personal relationship with God). We simply can’t know if any particular person’s belief or unbelief is the result of a cognitive malfunction, rational reflection, or cultural influences (or a combination thereof).

With respect to the rationality of atheism and agnosticism, Norenzayan, Gervais, and Trzeniewski offer wise counsel: “We emphasize that our data do not suggest that disbelief solely arises through mentalizing deficits; multiple psychological and socio-cultural pathways likely lead to a complex and overdetermined phenomenon such as disbelief in God.”

Is atheism’s connection with autism the silver bullet that proves once and for all that atheists are irrational? Given the complexities of both the human mind and human culture, it is impossible to tell.
So when a (philosophically reflective) atheist claims herself to be rational because she believes that the arguments for theism are bad and the arguments against theism are good, I suggest we take her at her word.