is dubya an agent of the new world order? 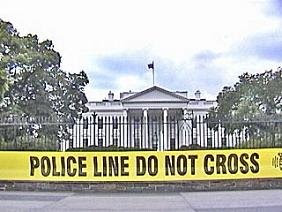 from people’s voice: When you mention the word “conspiracy” to explain a situation, most people tune you right out. They think you’re a whack-oh. Yet, the U.S. Congress, as dumb as it is, subscribes to the proposition that there is such a thing. After the Civil War, it passed a law, the Sherman Anti-Trust Act, to make it a crime for two or more individuals to agree to fix the price of goods in restraint of trade. Every day in America, in both the state and federal courts, a defendant faces charges dealing with the “crime of conspiracy.” Conspiracy is as American as apple pie. Therefore, I submit that the evidence is compelling that there is an ongoing conspiracy, hatched by the New World Order, to reduce the U.S. to a vassal state. Which leads me to this question: Is Dubya, President George W. Bush, Jr., one of its covert agents?

The last seven and one half years has been an absolute disaster for the American Republic. Under Dubya’s reign, we have suffered with lethal wars of choice in both Iraq and Afghanistan, resulting in huge casualty numbers; a failing economy with a loss of hundreds of thousands of middle class jobs, a sharp decline in the value of stocks and of the dollar, too; Katrina and massive flooding in the Heartland of America, prompted in part by Global Warming and defective levees; and a foreclosure rate in the housing market that mirrors the worst days of the Great Depression.