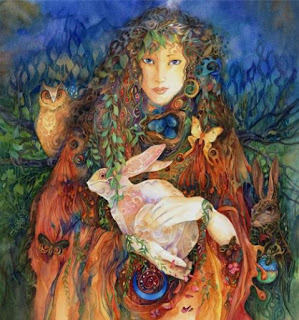 Is Easter an Occult Babylonian Holiday?

Jack Blood reminds readers, there's nothing Christian about Easter, in fact, the holiday's roots date from pagan celebrations of the Spring Equinox. Blood borrows from article, "History of Easter - Hidden, Secret Origins and Mystery Religion," by J.R. Terrier for his account of Easter.  "The name Easter actually comes from Ishtar / Easter who was worshipped as the moon goddess, the goddess of spring and fertility, and the Queen of Heaven.  She is known by so many other names in other countries and cultures that she is often referred to as the goddess of one thousand names. Millions of people are unknowingly worshipping and praying to this pagan goddess today...The Easter bunny, who most of you have taken your children to in the mall to have pictures made….is the symbol and representation of the moon hare. It is actually a goddess totem in the occult world and according to occult belief the goddess hare would lay eggs for all the good little children to eat. It was a sign of rebirth to the Babylonians and it was again, intermarried with Christianity. There is nothing Christian about it," writes Blood.  The history of Easter, Blood provides, goes into great detail - a college level treatment - of its neopagan origins.   Easter was simply appropriated by the Christian church, centuries ago, to make Christianity more appealing to pagans.