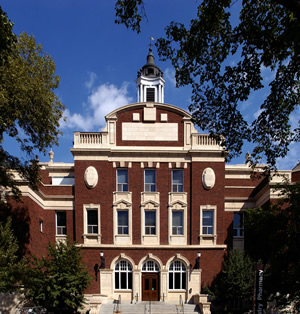 An article appeared, last week, "Rockefeller Foundation Predicts 13,000 Dead at London 2012 Olympics," by James Britpod, alerting readers to an important report that should be read by everyone!  The present writer suspects, "Scenarios for the Future of Technology and International Development," a  publication of the Rockefeller Foundation will be compared to current events and quoted for years to come!  Scenarios are offered with a nonchalance that could result in a despised and pilloried document, seen as a source of elite tomfoolery, especially, if any come true! There are four scenarios:  1) lockstep 2) clever together 3) hack attack and 4) smart scramble.   We still remember Peter Power "anti-terror" expert and drills conducted on 7-7 in London,  the scenario for "the drill" turned out to be what happened!  The present writer wrote off  Power's remarks, initially, as elite complacence or stupidity of an insulated individual who can get away with anything, in other words, untouchable.   Is it possible the flagrantly imprudent remarks - tantamount to an admission - by Powers represents a requirement of an individual's creed?  Is this the Illuminati credo "for those with eyes to see and ears to hear"?  The illuminati belief distills down into a paraphrased - if you don't see the truth then you deserve what you get, you've been warned and should act accordingly!

The sensational title of last week's article with its ominous prediction of 13,000 dead at the 2012 London Olympics coming up in late July, isn't the entire context. The hacked scenario blurs recent realities with the report's scenarios below:

"Devastating shocks like September 11, the
Southeast Asian tsunami of 2004, and the
2010 Haiti earthquake had certainly primed
the world for sudden disasters. But no one
was prepared for a world in which large-scale
catastrophes would occur with such breathtaking
frequency. The years 2010 to 2020 were dubbed
the “doom decade” for good reason: the 2012
Olympic bombing, which killed 13,000, was
followed closely by an earthquake in Indonesia
killing 40,000, a tsunami that almost wiped
out Nicaragua, and the onset of the West China
Famine, caused by a once-in-a-millennium
drought linked to climate change."

Undercoveralien gets title right for You Tube video below, "Creepy document of Rockefeller Foundation foretelling bomb attack at London Olympics," and implies could be an illuminati playbook, where blood sacrifice and ordo ab chao (order out of chaos) are desired outcomes!  The Rockefeller report is just over fifty pages and very readable. It should be on everyone's must read list!