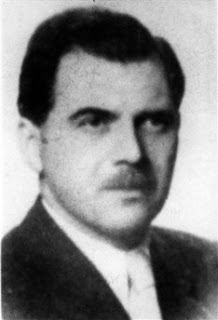 from ap: Israeli agents who kidnapped Nazi mastermind Adolf Eichmann from Argentina in 1960 found the notorious death camp doctor Josef Mengele but let him get away, one of the operatives said Tuesday.

Mengele was one of the most wanted Nazi war criminals, a doctor who conducted cruel experiments on twins and dwarves at the Auschwitz concentration camp and killed children with lethal injections. He selected prisoners who would be subjected to his experiments and sent others straight to their death in gas chambers.

Rafi Eitan, now an 81-year-old Israeli Cabinet minister, told The Associated Press on Tuesday that he and other Mossad agents located Mengele living in a Buenos Aires apartment with his wife at the time of Eichmann's capture in 1960.

But they decided that trying to nab him would risk sabotaging the capture of Eichmann, who implemented Adolf Hitler's "final solution" to kill European Jewry and was deemed a more important target.

It was known that Mengele was living in Buenos Aires around the time of Eichmann's capture. But Eitan's comments indicated the Israelis were closer to him than had been previously thought — and shed light on why they decided to abandon an attempt to catch him.

"When you have one operation, you're taking a certain level of risk. If you're doing a second operation at the same time, you double the risk ... not only for the second operation but for the first one, as well," Eitan said.