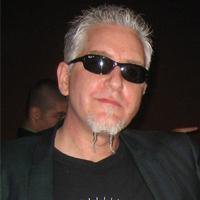 Jack Blood reports on shooting at NASA Glenn Research Center in Brook Park, Ohio next to the Cleveland Airport on his Deadline Live Nov. 5, 2010 broadcast. Blood adds alleged shooting was quickly amended to a false alarm and all clear broadcast over the base's public announcement system by 11:50am, Friday.

There were reports at 9:50 am of a man with a gun in Building 77 and of shots fired. Building 77 was placed on lockdown. Local ambulances and SWAT teams were dispatched to the base. The false alarm was, later, announced by officials as caused by a message sent in error to someone at Glenn meant for an employee at the Kennedy Space Center in Florida where a test (drill?) was in progress. "An employee at NASA Glenn with the same last name as a person at the other center mistakenly received a call at about 9:30 a.m. from an automated system with the message that there 'is a shooter in the building'. The employee did not realize it was a test."

Blood jumps on the similarities to the Fort Hood Shooting and rightfully so, exactly one year ago! Blood asks, "could the same thing have happened?" You have to ask, "how far did the drill go?" We will never know! Two days earlier, there was a similar incident at Vandenberg AFB. It's a sad commentary that nearly everyone misses these reports, present writer included, and fail to see the similarities right down to the dates! It's a tip of the hat to Jack Blood!