activist moms push for change in land of rising radioactivity 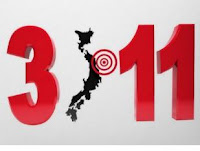 Knowing the Japanese government has been unreliable and less than forthright, activist moms take to networking to push for change, according to AP article. Mizuho Nakayama, among a small group of activists, "...a 41-year-old mother joined a parents group — one of dozens that have sprung up since the crisis — that petitioned local officials in June to test lunches at schools and day care centers for radiation and avoid using products from around the troubled nuclear plant." Nakayama has a Geiger counter with her at all times!

Nakayama and other activists have a surprising obstacle, the country's affluence! The article spells out dilemma:

"Still, the growing dissatisfaction may not be enough to bring about fundamental change. Japan's affluence is an obstacle. Most people live comfortably and are reluctant to make too big a fuss, even if they're unhappy with the political leadership. Culturally, it's considered better to adjust to one's surroundings than to try to change them, said Ken Matsuda, a sociologist at Kansai Gaidai University in Osaka."

Is it a case of "going along to get along"? Or, are people so complacent creature comfort in the moment takes precedence over truly safe environment? It seems a diabolical wedge?

Japan failed to handle Fukushima with decisiveness the Soviet Union handled Chernobyl! It's conceded, Fukushima presents a more difficult problem, but efforts to date seem highly questionable? Fukushima will be far more deadly than Hiroshima and Nagaski. Fukushima continues to fission and spew radioactivity into immediate environment and across the globe. Radioactivity is bio-accumulative, it means shortened lives. Hats off go to Mizuho Nakayama, and the hope, she is successful!