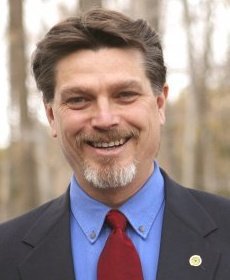 from wvgazette: A third party candidate in West Virginia's U.S. Senate race questions whether the Sept. 11 attacks were masterminded by Osama bin Laden and carried out by al-Qaida terrorists. Mountain Party nominee Jesse Johnson told The Associated Press that he is also not convinced that hijacked airliners caused the collapse of buildings at the World Trade Center. Calling 9/11 a crime of the century, Johnson said it has never been investigated. He discounts the work of the bipartisan commission that issued a 585-page report on the attacks in 2004. Johnson at first declined to say what he thinks happened or who was behind it. He later said he did not know who the culprits were. But he also questioned why U.S. air defenses did not stop the hijacked airplanes. Johnson spoke to the AP Tuesday.

video update2: constitution party senate candidate in wv questions 'foreknowledge' of wtc7 collapse in live tv debate
from aaron dykes: Jeff Becker, running for Senate in West Virginia in the Constitution Party, raised questions about the "foreknowledge" of WTC Building 7′s collapse on September 11th during a live televised debate that was carried nationally on C-SPAN. Indeed, even announces proudly at the very top of his homepage that he "Becker’s campaign websitecalls for new Senate investigation of 9/11." During the October 18 debate, Becker responded to a question about the "continued build-up of troops in Afghanistan” by telling the audience that “We need to first take a look at what happened on 9/11. There were actually three buildings that collapsed on September 11th.”