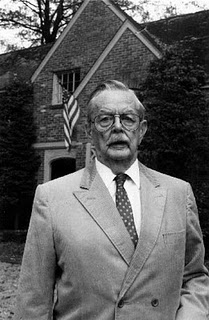 An enigmatic essay "King Kill 33" co-written by James Shelby Downard, provides insight into machinations of Freemasonry. A reader must brace for torrent of hyperbolic associations; however, once acclimated, there's much to be gained from essay! Downard states clearly, "the systematic arrange- ment of the overall pattern of symbolical things having to do with the killing of Kennedy when properly evaluated indicates that he was a scapegoat in a sacrifice". Further, the author chides any analysis that fails to see ritualistic overtones of masonic sorcery incorporated in the event! "But the ultimate purpose of that assassination was not political or econo- mic but sorcerous; for the control of the dreaming mind and the marshal- ing of its forces is the omnipotent force in this entire scenario of lies, cruelty and degradation. Something died in the American people on November 22, 1963 -- call it idealism, innocence or the quest for moral excellence -- it is this transformation of human beings which is the authentic reason and motive for the Kennedy murder and until so-called conspiracy theorists can accept this very real element they will be reduced to so many eccen- trics amusing a tiny remnant of dilettantes and hobbyists," writes Downard.  Insight raises conspiracy theory bar, placing it directly into mystical realm!

The author, also contends, the mind of twentieth-century man no longer entertains the reality of mystical rites. According to Downard, "the eternal pagan psychodrama is escalated under these 'modern' conditions precisely because sorcery is not what 'twentieth-century man' can accept as real. Thus the 'Killing of the King' rite of November, 1963 is alternately diagnosed as a conflict between 'anti-Castro reactionaries and the forces of liberalism', big business and the big bankers, this-or-that wing of the intelligence community and so on." This insight simply summarizes our present reality, what we can entertain as real.

Downard informs Freemasonry has, in the past, been associated with violence.  Freemasonry tries to rewrite the past to hoodwink the public. The author provides a definition of hoodwink from the Encyclopedia of Freemasonry: "A symbol of the secrecy, silence and darkness in which the mysteries of our art should be preserved from the unhallowed gaze of the profane." Downard poses a thought on the Kennedy family, "one must wonder, in the face of a symbolism and attendant mysticism which surrounds this illustrious family if somehow they have been used in someone else's game. Are the Kennedys hoodwinked stooges?" The present writer wonders if we're not all hoodwinked stooges on a grand Masonic gameboard? An archived podcast provides a discussion on King Kill 33 essay at Out There Radio.