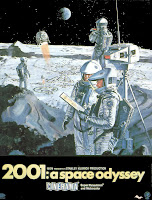 Jay Weidner does a masterful job in his essay, “How Stanley Kubrick Faked the Moon Landings: … “, exposing Hollywood trickery evident in the dated Front Screen Projection effect, and contended, used in the sixties on the Apollo 11 Moon shots.  “All I am trying to do, with the following evidence, is show that the Apollo landings were a hoax. And that Stanley Kubrick, using the Front Screen Projection system, directed them,” says Weidner.  The author believes the United States traveled to the moon, but not by means of conventional rocket science. This third position occupied by Weidner views the NASA Space Program as a cover for the anti-gravity propulsion secrets, our government wanted to keep from their Cold War nemesis, the USSR.

The author follows up with a shocking interpretation of Kubrick’s symbolism in “Secrets of the Shining“. Weidner believes the liberties Kubrick took with Stephen King’s novel, “The Shining,” were intentional attempts to communicate his personal plight.

Weidner lays it out for the reader. “The Manager tells Jack that his main job is to prevent the Overlook Hotel (America) from appearing like it is decaying. The Manager reiterates that this is Jack’s primary responsibility.”  Son Danny’s vision of the “Gemini” twins (killed by the previous caretaker) on their very first day.  The Apollo sweatshirt worn by Danny.  Jack’s deterioration during the course of the movie, a parallel to Kubrick’s personal decline while making “2001: A Space Odyssey”.  The damaging effect making the movie had on Kubrick’s marriage.  Weidner goes so far as to suggest, “…the nickname, or the code name, for the faking of the Apollo Moon Missions was A11?” “All” for Apollo 11 was the first word Jack is typing over and over in the movie.

Kubrick has been communicating far earlier than recent insights into his last film, “Eyes Wide Shut,” which some believe resulted in his death? Weidner makes a compelling case and believes the errors in the faked Moon shots were intentional attempts by Stanley Kubrick to reveal the truth.  It’s a good read.