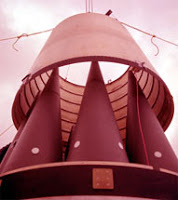 from raw story: A government watchdog group warns that New Mexico's Los Alamos National Laboratory, one of the nation's nuclear weapons design laboratories, has again experienced a security failure of 'the most serious' level.

"An incident involving the unauthorized release of classified data via email occurred last week at Los Alamos National Laboratory (LANL)," reported a press release Monday from the Project on Government Oversight (POGO). "The incident...is rated among 'the most serious threats to national security.'"

However, POGO also noted that the lab had attempted to change the classification of the security breach in order to minimize it.

"In an attempt to minimize the problem, the breach was downgraded to a less severe category of IMI-4," the group stated. "After another review, however, it was elevated back to IMI-1."

A so-called 'IMI-1,' or Impact Measurement Index-1 incident can include loss or theft of a nuclear device, components or weapon data; intrusions, hackings, or break-ins into Energy Department computer systems containing secret information; or acts or attempts of terrorist actions.

In spite of the high rating of the breach, a LANL spokesman who talked to the Santa Fe New Mexican attempted to further downplay the incident.

In its release, POGO listed 12 security incidents at Los Alamos since nuclear scientist Wen Ho Lee was falsely accused of leaking nuclear secrets to the Chinese military. In one late 2006 incident, a LANL employee who was arrested on suspicion of dealing methamphetamines was found to have sensitive information from the lab in his home.

"LANL has been fined, lab officials have been fired, and the lab was even closed for a number of months so that it could get its act together," POGO Senior Investigator Peter Stockton said in a statement. "It’s clear that it just can’t."

POGO's full statement can be read at this link.