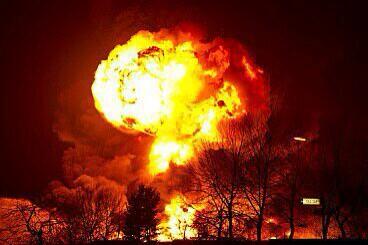 from RT.com: A massive explosion, seen from miles away, has occurred at a Shell production plant in Moerdijk, Netherlands, according to Omroep Brabant. Two “enormously loud bangs” were reported by bystanders. There are currently no plans to evacuate the area around the factory, Omroep Brabant reports. Fire crews are currently working on the scene. All personnel are accounted for, according to Shell, but several people suffered minor injuries.