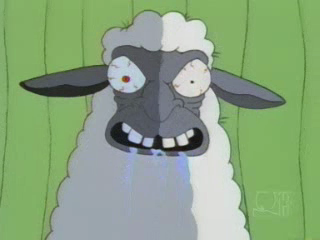 from free from harm: After 13 years of studying how to prevent abnormalities in cloned animals, AgResearch has ended its cloning project because too many of the animals died. AgResearch is a New Zealand based company that has spent more than a decade trying to perfect the cloning of animals for use in scientific and medical research.

Their cloning trials tried to create: animals that produced a type of “super milk”, sheep that were resistant to eczema, pregnant sheep that wanted to eat more food, and special proteins to be used in human medications.

But on Monday the company released a report that said “only 10 percent of the cloned animals survived through the research trials” and because of the “unnecessary suffering” of the animals they had stopped their cloning projects.

The majority of animals died as a result of spontaneous abortions and hydrops – where a cow’s uterus fills with water, leading to euthanasia of the fetus and mother. Sixteen calves from mid gestation and beyond aborted or “died in the neonatal period last year.” Another 10 fetuses or calves were euthanized along with 14 adult cows. The report also stated that cloned cattle, sheet and goats suffered from medical conditions such as chronic arthritis, pneumonia, lameness and blood poisoning.

Although AgResearch has ended cloning projects, the news is not all good. The company now plans to focus its attention on a newer research method – Transgenic Technology. This procedure uses embryonic stem cells to create new life. However, the first-generation of transgenic animals appears to be having the same high mortality rates as the cloned animals. Last year two baby goats died and four other animals had to be euthanized.

Scientists at AgResearch say that once the transgenic animals grow to adulthood and have babies of their own, they are far less likely than the cloned animals to pass on any abnormalities. Hopefully there won’t be too many animals that will have to pay the price to see if this theory right or wrong. General Manager Dr. Jimmy Suttie said, “The work was being done ultimately for the benefit of humans and scientists took animal welfare standards and ethical issues very seriously.”