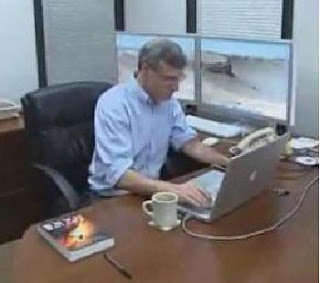 BBC One program, The Sky At Night, released a promo video recently with a provocative view of Mars! What’s so interesting about Mars Rover pancam investigator Cornell Professor Steve Squyres with large monitors behind him? It’s those views in the background of Martian landscape that reveal blue sky and normal terrain colors! Joseph Skipper, at Mars Anomalies Research, suggests also in, “The True Mars Sky?“, Squyres may not be viewing raw images but already doctored data. Skipper writes, “…some of the terrain in the right monitor appears to be smudged. That could suggest that what Squyres and company receive is not the true original terrain data but data already obfuscated…Even so, note that beautiful blue sky and the much more normal terrain color (from our point of view) in both of those big monitors even though they are displaying different Mars surface scenes.” Skipper implies public only sees heavily obfuscated pictures and researchers such as Squyres may not receive raw data! A BBC One viewer alerted Skipper to their observation. It’s certainly possible a slip in secrecy occurred! It’s worth a look at the Sky at Night website as well! Good Stuff!