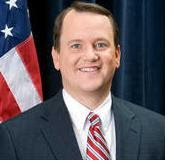 Massachusetts Lt. Gov. Timothy Murray attempting to clear name, requested release of black box data from 2007 Crown Victoria totaled in an early morning Nov. 2, 2011 crash. The Yahoo article reminds, “…vehicles built in the past decade carry an event data recorder that captures what’s happening in a car in the seconds before, during and after a crash, including the position of the brake and accelerator pedals, whether the driver was using a seat belt, and how fast the car was traveling.” In Murray’s case, the result from accessing data recorder, “‘…State Police cited Murray for speeding, crossing lanes and not wearing a seat belt, leveling a $555 fine. Murray — who heretofore had not admitted driving without a seat belt nor falling asleep — said in a statement to Boston media that “I believe that is what caused my accident.’ Black boxes in cars may not be a beloved technology, but they can’t hide the truth.” Murray asked for it!