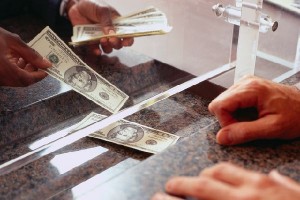 Susanne Posel questions premise of cyber attacks on large US banks recently, in article, "Mega-Bank’s Plan to Steal Your Money and Blame Fake Muslim Cyber Attack."   Senator Joseph Lieberman blamed cyber attacks on Iran, but Posel only sees planting of a "propaganda seed." "The attackers used a known forum that is utilized by the CIA-controlled Anonymous to issue threats and brag about their successes," fingering a CIA-backed asset! "The timing of the newly formed 'digital al-Qaeda' and their expressed anger over the US-produced anti-Muslim film are questionable considering how the US and Israeli government are setting the stage for a justified war with Iran," points out writer, as timing seems too convenient to occurred by chance!  Posel totally discredits film, "Innocence of Muslims," with the following revelation: "The film is...actually a 14 minute trailer written, produced and directed by Sam Bacile, a.k.a. Nakoula Basseley Nakoula who is an FBI informant , an Israeli citizen and the patsy used by the Zionist regime in order to facilitate a manufactured revolt of fake Islamic tension in the Middle East." Wow!

"Framing Iran for the American banking system’s computer failure kills two birds with one stone. Not only would the banking cartels be able to shut down all banking computers (and simultaneously syphon the remaining money in their customer’s accounts) but also use this fake cyber-attack to engage the American public against Iran and justify their highly anticipated military strike."

"By blaming Iran, the technocrats could initiate the shutdown of all domestic banking computer systems in order to “purge” the virus and reconfigure their systems. However this would be a false flag meant to pacify the public to avert mass panic. While the general public would fall for the cover story, the banking cartels would simply electronically transfer all customer funds from private checking accounts out to off-shore banks where they could not be touched and cover their tracks."

Posel may be on right track as above scenario only reveals true heights of corruption and criminality in banking and government!

Wall Street has its own methods of preparing for financial collapse. The average citizen hordes food, water and firearms.  Posel describes financiers, as also, "...acquiring firearms, ammunition and control over private mercenary corporations like DynCorp and ‘Blackwater'...."  The presenter writer can only agree they will need it!