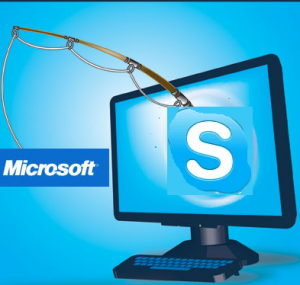 from slashgear.com: No one likes to think their private conversations can be eavesdropped on by a third-party. The United States government and law enforcement agencies have been trying to force VoIP carriers such as Skype and other digital communications companies to include a backdoor that would allow police and government agencies to institute a wiretap on online communications. The surveillance laws have been proposed not only in the US but in other countries as well.

The proposed laws would force software companies to add backdoors to allow wiretapping in certain instances. Skype has historically resisted any attempt to get it to institute a backdoor for legal wiretapping. However, there is some indication from an unlikely source that things may have changed at Skype with regards to a backdoor. Hackers originally alleged that changes made to Skype’s architecture seemed to be able to make it easier for wiretapping by law enforcement agencies.

Microsoft won’t confirm or deny that it can intercept phone calls. A Microsoft spokesperson said that the VoIP service cooperates with law enforcement agencies as much as is legally and technically possible. However, we do know that Microsoft was granted a patent in June of 2011 for “legal intercept” technology designed to be used with VoIP services such as Skype. The patent documentation said that the technology would allow Skype to “silently copy communication transmitted via the communication session.”