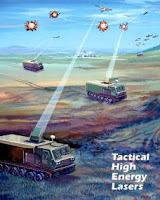 from navy compass: Exercise Solid Curtain 2007, a Navy force protection exercise, will be conducted on all naval installations in the continental United States Sept. 14 - 21, 2007.

Exercise Solid Curtain 2007, conducted to enhance training and readiness of naval security personnel, is a regularly-scheduled exercise and is not in response to any specific threat.

While disruptions to base operations will be limited, there may be times when the exercise causes increased traffic or delays in base access.

On Sept. 20, all continental United States naval installations will increase their Force Protection Condition, which will limit base access and impact local area traffic patterns.

However, this exercise will not affect the homecoming of USS Peleliu (LHA 5), the San Diego-based amphibious assault ship returning home from a four-month humanitarian deployment to Southeast Asia and Oceania. A training time out will be in effect at Naval Base San Diego during Peleliu's homecoming.

from webster tarpley: US military bases in the continental United States (CONUS) will go on special lockdown between September 17 and September 21 under the auspices of Solid Curtain-Citadel Shield '07, a reliable source reported today. Under these exercises, US installations will institute enhanced anti-terror force protection measures, with increased security at all gates. The increased security was so elaborate that base personnel were being warned to expect significant delays at all base entrances.

According to William Arkin's 2005 directory of military code names, Solid Curtain is a US Navy Fleet Forces Command anti-terrorism/force protection exercise. In Solid Curtain '03, Arkin reports, the drill scenario involved 15 simultaneous attacks across the country including the Corpus Christi naval air station, the Ingleside naval station, local shipyards, and other targets of attack in the coastal bend of south Texas. In earlier versions of Solid Curtain, the Newport Rhode Island naval station was featured in the scenario...

These drills cause acute concern because they occur before the backdrop of widely reported preparations by the Cheney clique to manufacture a new 9/11 and/or a new Gulf of Tonkin incident to be used as a pretext for a US sneak attack on Iran, with an included option for martial law inside the United States.