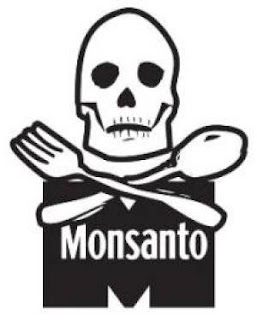 from ap: An unusual private dinner shared by most of a Senate committee and biotech giant Monsanto has led to talk that unfair tactics avoided by even the most seasoned Montana lobbyists are being used by groups that slip through the state's lobbying laws. The controversy has sprouted over a bill that would set rules for how seed samples are taken from farmers' land for patent enforcement by companies such as Monsanto. On Tuesday, a Senate committee is scheduled to vote on a measure that has already passed the House on a 57-43 vote. That St. Louis-based agribusiness, known for its sturdy varieties of corn and soybeans, has been courting the Senate Agriculture Committee to table House Bill 445, although it's not currently registered as a lobbyist in the state. Instead of offering public testimony at the committee hearing for the bill, Monsanto shared its opposition to the measure during a private dinner with the Senate committee at the Montana Club, according to committee chairman Sen. Donald Steinbeisser. Six of nine committee members attended the dinner, but all were invited, he said.