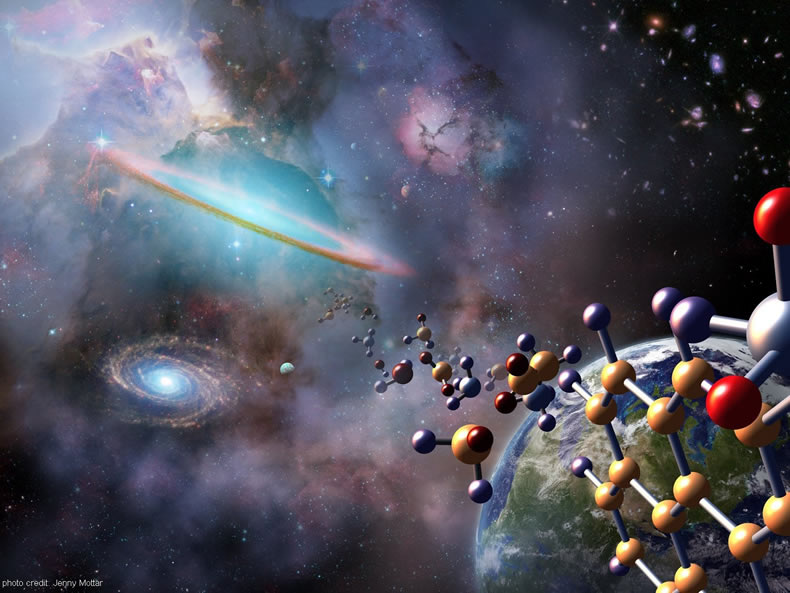 NASA: Humans Will Prove ‘We Are Not Alone In The Universe’ Within 20 Years

from cbslocal.com: NASA predicts that 100 million worlds in our own Milky Way galaxy may
host alien life, and space program scientists estimate that humans will
be able to find life within two decades.

Speaking at NASA’s Washington headquarters on Monday, the space
agency outlined a plan to search for alien life using current telescope
technology, and announced the launch of the Transiting Exoplanet
Surveying Satellite in 2017. The NASA administrators and scientists
estimate that humans will be able to locate alien life within the next
20 years.

“Just imagine the moment, when we find potential signatures of life.
Imagine the moment when the world wakes up and the human race realizes
that its long loneliness in time and space may be over — the possibility
we’re no longer alone in the universe,” said Matt Mountain, director
and Webb telescope scientist at the Space Telescope Science Institute in
Baltimore, which plans to launch the James Webb Space Telescope in
2018.

“What we didn’t know five years ago is that perhaps 10 to 20 per cent
of stars around us have Earth-size planets in the habitable zone,”
added Mountain. “It’s within our grasp to pull off a discovery that will
change the world forever.”

Describing their own estimates as “conservative,” the NASA planet
hunters calculate that 100 million worlds within the Milky Way galaxy
are able to sustain complex alien life forms. The estimate accounts for
the 17 billion Earth-sized worlds scientists believe to be orbiting the
galaxy’s 100 billion stars.

“I think in the next 20 years we will find out we are not alone in
the universe,” said NASA astronomer Kevin Hand, who suggested that alien
life may exist on Jupiter’s Europa moon.

“Do we believe there is life beyond Earth?” asked former astronaut
and NASA Administrator Charles Bolden. “I would venture to say that most
of my colleagues here today say it is improbable that in the limitless
vastness of the universe we humans stand alone.”

The NASA panel said efforts are focused on finding signs of alien life on planets on other stars outside of our solar system.

“Sometime in the near future, people will be able to point to a star
and say, ‘that star has a planet like Earth’,” said Sara Seager,
professor of planetary science and physics at the Massachusetts
Institute of Technology in Cambridge, Mass. “Astronomers think it is
very likely that every single star in our Milky Way galaxy has at least
one planet.”