Nearly Every Mass Shooting In The Last 20 Years Shares One Thing In Common, & It’s NOT Weapons 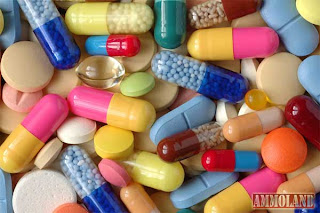 from ammoland.com: The overwhelming evidence points to the signal largest common factor in all of these incidents is the fact that all of the perpetrators were either actively taking powerful psychotropic drugs or had been at some point in the immediate past before they committed their crimes.

Multiple credible scientific studies going back more then a decade, as well as internal documents from certain pharmaceutical companies that suppressed the information show that SSRI drugs ( Selective Serotonin Re-Uptake Inhibitors ) have well known, but unreported side effects, including but not limited to suicide and other violent behavior. One need only Google relevant key words or phrases to see for themselves. www.ssristories.com is one popular site that has documented over 4500 “ Mainstream Media “ reported cases from around the World of aberrant or violent behavior by those taking these powerful drugs.

The following list of mass shooting perpetrators and the drugs they were taking or had been taking shortly before their horrific actions was compiled and published to Facebook by John Noveske, founder and owner of Noveske Rifleworks just days before he was mysteriously killed in a single car accident. Is there a link between Noveske’s death and his “outting” of information numerous disparate parties would prefer to suppress, for a variety of reasons ?

Those focusing on further firearms bans or magazine restrictions are clearly focusing on the wrong issue and asking the wrong questions, either as a deliberate attempt to hide these links, or out of complete and utter ignorance. Don’t let them! Force our elected “representatives” and the media to cast a harsh spotlight on this issue. Don’t stop hounding them until they do.