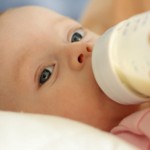 from fukushimaupdate.com: Via Grist.org: Fallout from that Fukushima meltdown thing a couple years back? It’s not just the Japanese who are suffering, though their plight is obviously the worst. Radioactive isotopes blasted from the failed reactors may have given kids born in Hawaii and along the American West Coast health disorders which, if left untreated, can lead to permanent mental and physical handicaps.

Children born in Alaska, California, Hawaii, Oregon, and Washington between one week and 16 weeks after the meltdowns began in March 2011 were 28 percent more likely to suffer from congenital hypothyroidism than were kids born in those states during the same period one year earlier, a new study shows. In the rest of the U.S. during that period in 2011, where radioactive fallout was less severe, the risks actually decreased slightly compared with the year before.

Substantial quantities of the radioisotope iodine-131 were produced by the meltdowns, then wafted over the Pacific Ocean and fell over Hawaii, the American West Coast, and other Pacific countries in rain and snow, reaching levels hundreds of times greater than those considered safe.

After entering our bodies, radioactive iodine gathers in our thyroids. Thyroids are glands that release hormones that control how we grow. In babies, including those not yet born, such radiation can stunt the development of body and brain. The condition is known as congenital hypothyroidism. It is treatable when detected early.