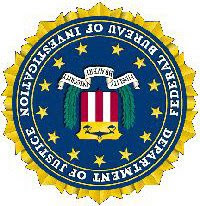 copycat effect: plot or not?

from village voice: The FBI agent with a high-profile role in [may20] arrests of 4 men for plotting a terror attack in NY has a pretty interesting - & controversial - track record. Special Agent Robert Fuller, whose name appears at the top of the federal criminal complaint in the case, had a hand in the FBI's failure to nab two of the 9/11 hijackers, had one of his informants set himself on fire in front of the White House, and was involved in misidentifying a Canadian man as a terrorist leading to his secret arrest and torture - a case that is now the subject of a major lawsuit. 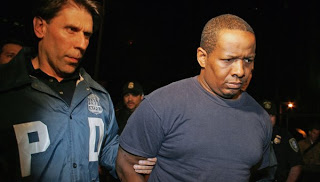 from paul joseph watson: Exactly as we predicted in our headline story yesterday, two of the ringleaders in the “deadly” New York terror plot salaciously hyped by the media and government officials have turned out to be semi-retarded potheads. “The men will likely turn out to be semi-retarded dropouts,” we stated in our article yesterday, basing our forecast on the fact that in every other major terror sting in the west given so much prominence by officials and the corporate media, the poor suckers rounded up by the feds always turn out to be low IQ petty criminals down on their luck, provocateured and armed by federal agents. We already knew that the men were provided with an inert rocket launcher and fake C4 explosives by an FBI informant, and now as more details emerge, our original summation of the case is proving accurate. According to an Associated Press report, the four men charged with planning to blow up synagogues and military planes, “Were amateurs every step of the way. They had trouble finding guns and bought cameras at Wal-Mart to photograph their targets. One was a convicted purse snatcher, another smoked marijuana the day the plot was to be carried out.”

supposed terror plot against ny synagogues is bogus
from the nation: By the now, it's maddeningly familiar. A scary terrorist plot is announced. Then it's revealed that the suspects are a hapless bunch of ne'er-do-wells or run-of-the-mill thugs without the slightest connection to any terrorists at all, never mind to Al Qaeda. Finally, the last piece of the puzzle: the entire plot is revealed to have been cooked up by a scummy government agent-provocateur. I've seen this movie before. In this case, the alleged perps - Onta Williams, James Cromitie, David Williams, and Laguerre Payen - were losers, ex-cons, drug addicts. Al Qaeda they're not. Without the assistance of the agent who entrapped them, they would never have dreamed of committing political violence, nor would they have had the slightest idea about where to acquire plastic explosives or a Stinger missile. That didn't stop prosecutors from acting as if they'd captured Osama bin Laden himself.

newburgh 4 & the govt mole who betrayed them 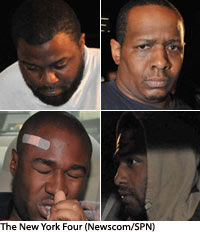 from tpmmuckraker: We're starting to get a rich picture of the four hapless Jihadis who were arrested Wednesday night for plotting to bomb two New York synagogues, as well as the FBI informant who deceived them. And the overall portrait that's emerging is that of a group of struggling, disaffected petty criminals, who bonded at a Newburgh, NY mosque over having spent time in prison, before being taken in by a Pakistani immigrant looking to win leniency for a crime of his own.