from digg: Loose Change 2 will be shown on Virgin Atlantic flights during the month of May 2007. This incredible (and ironic) development has surfaced via email and on 9/11 Blogger. It is reported on Mercury Media, who distribute media to various networks, studios and airlines, as the first of such airlines to purchase the hit documentary for in-air performance.

and the crowd goes apeshit! contact virgin and congratulate them for their massive balls!

UPDATE: virgin airlines drops in-flight 'change'
from register: Virgin Airlines has pulled a controversial internet documentary on 9/11 from its in-flight entertainment system after complaints from bloggers and radio shows...

Many thanks for your email

We appreciate your support in our decision to show Loose Change 2 on our flights.

We have since made the decision not to screen the documentary. Virgin Atlantic is known for showing the latest movies and media trends, without censorship, as we believe that travellers have the right to choose from as wide a programme as possible. However as there was a danger with this movie, that viewers may be offended, although they have the choice not to view it, we have decided to remove it from the in flight Entertainment menu.

We appreciate you taking the time to get in touch with us and we thank you again for your support.

hunt's 'deathbed confession" airs on national radio
from prison planet: The "deathbed confession" audio tape in which former CIA agent and Watergate conspirator E. Howard Hunt admits he was approached to be part of a CIA assassination team to kill JFK was aired this weekend - an astounding development that has gone completely ignored by the establishment media... Click here

to listen to a clip of the tape.

from independent: Paying for goods with notes and coins could be consigned to history within five years, according to the chief executive of Visa Europe. Peter Ayliffe said that, by 2012, using credit and debit cards should be cheaper and more convenient than cash. Some retailers could soon start surcharging customers if they choose to buy products with cash, because of the greater cost of processing these payments, he warned. 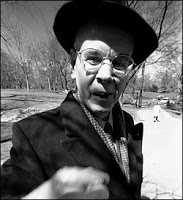 from kurt nimmo: John Young’s controversial web site, Cryptome, has received a letter from its hosting service, Verio, indicating it will terminate service due for violation of its Acceptable Use Policy. Cryptome has until May 4 to find another service provider... "It may be wondered if Verio was threatened by an undisclosable means, say by an National Security Letter or by a confidential legal document or by a novel attack not yet aired." 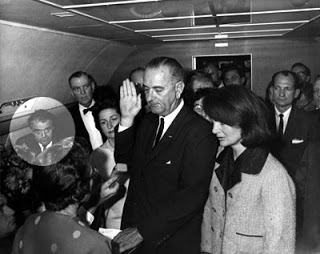 from new york times: Jack Valenti... died [April 26] at his home in Washington. He was 85... As a Houston political consultant, he was in the motorcade when President John F. Kennedy was shot on Nov. 22, 1963, and he watched as Johnson was sworn in beside Jacqueline Kennedy aboard Air Force One.

from wikipedia: Valenti's agency was in charge of the press during the November 1963 visit of President John F. Kennedy and Vice-President Lyndon Johnson to Dallas, Texas. Following the assassination of President Kennedy, Valenti was present in the famous photograph of Lyndon Johnson's swearing in aboard Air Force One, and rode with the new president to Washington. He then became the first "special assistant" to Johnson's White House. He lived in the White House for the first two months of Johnson's presidency. Valenti was so loyal to Johnson that it was once said of him "If LBJ dropped the H-bomb, Valenti would call it an urban renewal project."