will iran war start on friday?

from steve watson: Last weekend saw widespread reports in the mainstream media that the United States will be ready to launch a missile attack on Iran's nuclear facilities as soon as early this month, perhaps "from 4 am until 4 pm on April 6." ... Andrei Uglanov, in the Moscow weekly "Argumenty Nedeli", wrote that an attack is slated to last for twelve hours from 4 AM until 4 PM local time. Friday is a holiday in Iran. In the course of the attack, code named Operation Bite, about 20 targets are marked for bombing; the list includes uranium enrichment facilities, research centers, and laboratories.

giuliani: america's madman
from ted rall: Giuliani's 9/11 legacy isn't bravery - it's loudness. And stupidity... "He has alienated pretty much everybody in the 8,000-member fire department - by and large, we all resent him," Fire Captain Captain Michael Gala told Salon... " Giuliani was a frustrated and not very popular mayor on September 10, 2001," Slate editor Jacob Weisberg wrote. "Today, most New Yorkers do see him as a hero, but also as a self-sabotaging, thin-skinned bully. To put it more bluntly, we know he's a bit of a dictator." 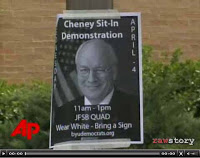 from raw story: "Dueling Dick rallies" were held on the BYU campus today, as College Republicans "received approval for their own rally, at the same time, near the same location, as the College Democrats." In an AP video report, students for and against the visit spoke about their reasoning. "I don't believe that Dick Cheney represents Brigham Young University," said Adam Barlow. "I don't believe that he represents what students at BYU stand for." 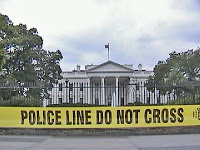 from portland imc: The White House is using the RNC email system to bypass having records kept of their dirty deeds. Problem is this cat and mouse email server game they have been playing is getting out in the open. Amazing is how the self appointed absolute power corruption cabal is getting away with it .... or will they?

the evidence is there
from blacklisted news/alternet: It’s Time for Congress to Investigate the Ties Between the Bush Family and Osama bin Laden... How the Bush family's private connection to a dirty offshore bank is the only link between Osama bin Laden and Saddam Hussein... The following chapter, "The BCCI Game: Banking on America, Banking on Jihad," appears in investigative journalist Lucy Komisar's new book "A Game as Old as Empire...

the richest rothschild of them all 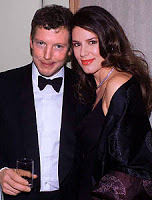 from daily mail: The man in question was Nat Rothschild - the 35-year-old scion of the wealthy banking dynasty... who some say may become the richest Rothschild of them all"... "What he needs is one of those historic opportunities like the ones seized by his ancestors. If he gets that golden moment, he could be the richest one of his generation." Nat is in line to become the fifth Baron Rothschild and inherit around £500million from his banker father.

police say LDS bishop used trust to molest sisters
from salt lake tribune: As the one-time bishop of the local LDS ward, many people in Harrisville know Timothy O'Sean McCleve. Residents of the small Weber County community turned to him for guidance and counseling and advice. Police say he used that trust to gain access to three sisters he is accused of molesting. 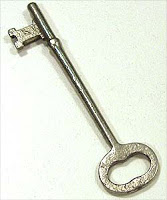 from daily kos: Slashdot and Cryptome report that the US Department of Homeland Security (DHS) is demanding the master key for the DNS root zone - a demand that has other nations alarmed. With the master key, DHS would have control over the Internet, as Slashdot describes, quoting an "anonymous reader." ... When other nations are worried, Americans, too, should be concerned. The Bush administration has demonstrated that it is unable to wield power responsibly. Therefore, its demand for Internet control should be viewed as an opportunity to abuse its authority to control a medium that has played a critical role in holding it accountable.

blair declares blackout on pedophile investigations
from wayne madsen: While British Prime Minister Tony Blair is under criminal suspicion in the "honors-for-cash" scandal that has rocked his Labor government, we have been told that there is an even more explosive scandal that Blair, up to now, has managed to hide behind the draconian British policy of issuing "D-Notices," government orders that prohibit the British media from reporting on certain "national security" cases... WMR has learned that the Bush administration, like that of Blair, is rife with pedophiles in top positions. The pedophile network also extends to the U.S. defense industry, particularly some of the companies that have been involved in the sexual abuse of minors at overt and covert U.S. prisons in Abu Ghraib, Iraq; Guantanamo, Kosovo, Afghanistan, Thailand, and now, at three prisons in Ethiopia. 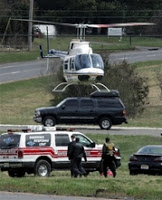 from ap/yahoo: An FBI agent who was killed Thursday in a shootout with three bank robbery suspects might have been shot accidentally by another agent on his stakeout team, the FBI said. Agent Barry Lee Bush, 52, assigned to the Newark office, died after agents confronted three men suspected in a series of armed bank robberies. "Preliminarily, information suggests the agent may have been fatally wounded as a result of the accidental discharge of another agent's weapon during a dynamic arrest situation," the FBI said in a statement Thursday night.