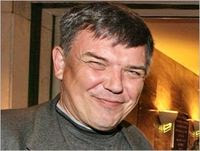 from abc news: Respected Russian journalist Ivan Safronov, who reported on military affairs, mysteriously plunged to his death from the 5th floor of his apartment building Friday, making him the 14th journalist to die under questionable circumstances in Putin's Russia, according to statistics compiled by the Committee to Protect Journalists.

from abc news: An expert on Russian intelligence was critically injured in a shooting in front of his suburban Washington home, authorities said. The shooting of Paul Joyal, 53, came days after he accused the Russian government of involvement in the poisoning of former KGB agent Alexander Litvinenko. 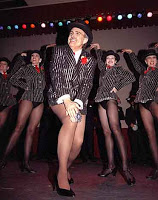 from newsweek: "I have thought for the longest time that [Giuliani] had zero chance," an aide to another Republican candidate who asked for anonymity talking up the chances of his boss's rival, tells Newsweek. "But he's got real momentum. And if there's a terrorist attack between now and the election, he could be the next president of the United States."

from west central tribune: Field McConnell is convinced the 9/11 terrorist attacks are being covered up. The Northwest Airlines pilot from rural Glyndon, Minn., said a second attack is imminent and conspirators already have aborted their plan once this year.

tarpley on the upcoming war with iran
from winter patriot: Webster Tarpley gave a powerful presentation on February 24th at a 9/11 conference in Arizona, part of which is preserved here. The audio on this clip is less than great for the first five minutes or so, but it gets a lot better... Thanks to paulagloria.