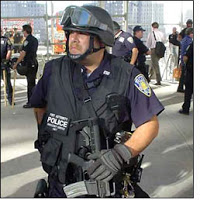 from kurt nimmo: In celebration of Independence Day commemorating the adoption of the Declaration of Independence on July 4, 1776, the feds have increased the visibility of armed goons at train stations and bus terminals across the country. “Officials from the Transportation Security Administration, formed after the Sept. 11 terrorist attacks, said the additional security is not a response to any specific threat to any of the regions,” reports the Examiner. In other words, there are no terrorists and you are not in danger. Since the Constitution is nothing more than a “goddamned piece of paper,” according to the decider-commander guy, it makes sense the government has decided to roll out this in-your-face escalation—from airports to bus stations—on the same day baby-kissing politicians blabber on about liberty, freedom, equality under the law, inalienable rights, and representative government, blah, blah, blah.

new nsa whistleblower speaks
from after downing street: A former member of U.S. military intelligence has decided to reveal what she knows about warrantless spying on Americans and about the fixing of intelligence in the leadup to the invasion of Iraq... Prior to September 11, 2001, Adrienne Kinne says, it was unacceptable to listen in on or collect information on Americans. The practice was barred by United States Signals Intelligence Directive (USSID) 18... "I wish that I had said something back then, but I don't think people would have listened," Kinne said...

fed up with war, some won't pay taxes 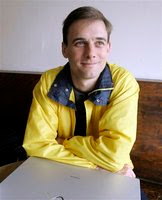 from ap: War tax resistance, popularized by Henry David Thoreau in the 19th century and by singer Joan Baez and others during the Vietnam War, is gaining renewed interest among peace activists upset over the Iraq war.

"Clearly this year we definitely had more people calling, sending e-mails about how they decided to start resisting," said Ruth Benn, coordinator of the National War Tax Resistance Coordinating Committee in New York.

iran under pressure
from on the map: Iran is usually portrayed as a rogue state with an unpronounceable president who is manically anti-Israel and has his finger on the button. But there is more to the story...