florida police confirm dc madam 'suicide'
from washington times: Police in Florida closed the book Friday on the suicide of the so-called "D.C. Madam," confirming that she hanged herself with a nylon rope rather than face prison time for running an elite prostitution ring. Tarpon Springs police hoped the report would help squelch online speculation that someone killed 52-year-old Deborah Jeane Palfrey to keep her from identifying more prominent clients of the Washington-based escort service. "It's unfortunate that a lot of people seem to be obsessed with the conspiracy theory notion here," said Preston Burton, the Washington lawyer who represented Palfrey in the trial. "I am aware of no information that would compel a conclusion other than she took her own life. It's a real tragedy that still affects her mother greatly."

time names 23&me retail dna test 'invention of the year'

from engadget: Time Magazine has released its annual Best Inventions issue, and topping the list is the 23andMe retail DNA test, a kit which which offers consumers 23 clinical reports on their genetic risk for everything from Psoriasis to Prostate Cancer. It may not be as well known as last year's iPhone (or YouTube the year before that), but the $399 package might signal a significant revolution in preventative medicine... or it might bring mankind a disturbing new form of eugenics. Whatever you use it for, the process couldn't be easier: the kit comes with a tube that you spit in and mail back to the company, which in a mere 4 - 6 weeks will notify you that testing is complete. As you wait for the results to be posted online you might want to spend some time contemplating the ethical dilemmas posed by this technology.

medical atrocities did not end with nazi era
from toronto star: The socialization of doctors to evil did not begin in Germany, a Holocaust Education Week gathering heard this week, and it didn't end there, either. In fact, we hear echoes of it to this day. "What happened in Germany could have happened elsewhere," said Dr. Yoel Abells, a Toronto family doctor and a medical ethics columnist. Abells told the crowd of about 100 at Toronto General Hospital that the slow drift of doctors to taking part in the Holocaust began decades earlier when scientific and political communities began to embrace eugenics, the systematic sterilization of those deemed unfit to procreate... Today, Abells said, a disturbing number of doctors continue to be involved in genocidal campaigns, terrorist organizations, torture and the interrogation of prisoners of war. A report in the New England Journal of Medicine in September found that the U.S. Army continues to use doctors in its interrogation of suspected terrorists, despite every major medical association condemning the practice. Even in Canada and other Western nations, doctors are regularly called on to help decide who gets medical care, such as kidney dialysis or expensive medication, and who doesn't, Abells said. The danger is that this can lead to questions of who is unfit for treatment, and who deserves access to society's scarce resources, the kinds of questions that led to eugenics and euthanasia, he noted.

poisoned horses drank too much fluoride
from youtube: Justus's horses are found to be suffering from chronic fluoride poisoning from drinking fluoridated water. Study published in peer reviewed scientific literature.

scientists slam fbi anthrax probe
from nypost: It was an open-and-shut case, the FBI said. But three months after agents pinned the post-9/11 anthrax mailings on Army scientist Bruce Ivins - who committed suicide as the FBI closed in on him - his former colleagues have approached a lawyer to sue the feds for fingering the wrong man, The Post has learned. They argue that the FBI abused its power and violated its own policies as they probed an innocent man for six months... The move by the Army scientists comes on the heels of a Senate Judiciary Committee demand for an independent review of the case following a hearing with FBI Director Robert Mueller in which committee members called the bureau's case an "open matter." The bureau has named a panel of independent scientists to review the evidence against Ivins - a probe that will take six to 18 months.

from alex constantine: A Course in Miracles (also referred to as ACIM or "the Course"), [originally published in 1975] is a book considered by its students to be their "spiritual path". According to Dr. Helen Schucman and the Foundation for Inner Peace (FIP), Dr. Helen Schucman and Dr. William Thetford "scribed" the book by means of a process coming from a divine source through a form of channeling which Schucman referred to as "inner dictation". Schucman described the divine source of her channeling as none other than the person of Jesus Christ. Well.... Dr. William Thetford, headed the CIA's "Mind Control" MK-ULTRA SubProject 130: Personality Theory, while at Columbia University between 1971-1978. Dr. Thetford’s Professional Bio, also available on the A Course in Miracles web site, makes reference to his involvement in a Personality Theory Research Project while Professor of Medical Psychology at Columbia University, but the information does not specifically cite this as a CIA MK- ULTRA SubProject.

new shocker in the jfk/oswald story
from washington whispers: Some 45 years after Jack Ruby was convicted in 1964 of slaying Lee Harvey Oswald, his celebrated "irresistible impulse" defense is being challenged—by Ruby's own words. That's right, the most investigated political assassination in history, the JFK-Oswald story, has yet another shocker. Never-before-revealed interview notes taken by a Ruby biographer and heading to auction strongly suggest that Ruby did not act on impulse when he came face to face with Oswald at the Dallas Police Station. The notes the biographer used to write stories sold to newspapers to build a legal defense fund quote Ruby saying he "intended" to gun down Oswald. In the story draft, Ruby describes seeing Oswald: "I lost my senses . . . I pulled out my gun and took a couple of steps . . . they could have blown my head off. I only shot him once . . . I guess I intended —I don't know what." But defense lawyer Melvin Belli edited out that and other potentially incriminating Ruby quotes. Alexander Auctions President Bill Panagopulos, whose sale takes place November 6 and 7, tells us, "Undoubtedly, much more could be read into these notes." He predicts they'll sell for up to $3,000.

welcome to the mary ferrell foundation
from 9/11 blogger: Question - what did the 9/11 Commission learn from the Warren Commission? Answer - don't release 26 accompanying volumes of evidence. More than four decades ago, those 26 volumes, at odds with much of the Warren Report, set off a handful of researchers on parallel journeys to find the truth behind the JFK Assassination, trying to succeed where they believed their government had failed them. It is because of those researchers that I'm writing this today. I'm the Executive Director of the Mary Ferrell Foundation, and want to take this opportunity to give a brief introduction to the work of the Foundation. The MFF is a non-profit group dedicated to the exploration of the deeper stories behind the national tragedies and crises that shape our lives. Our main topics are the assassinations of John F. Kennedy, his brother Robert Kennedy, and Martin Luther King. Our goal is to not only shed light on these tragedies, but place them in a modern context, showing how the events of the past irrevocably effect our present and future. The focal point of the MFF site is our vast document archive, currently containing over one million pages of once-classified documents, many declassified as recently as the late 1990s. 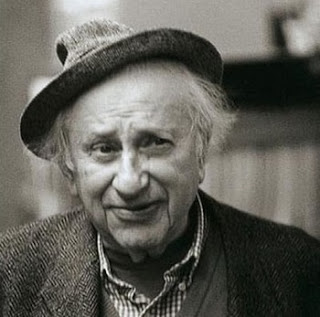 from ap: Studs Terkel captured the essence of Chicago in the pages of his best-selling oral histories, chronicling common people and celebrities alike. Along the way he became an ageless master of listening and speaking, a broadcaster, activist and Pulitzer Prize-winning author. Terkel died Friday at age 96. "He found his home in Chicago and he found it in the gritty aspect of Chicago life," said Russell Lewis, chief historian at the Chicago History Museum. "The ne'er-do-wells, the outcasts, the bums, all these people were people he was curious about. They intrigued him." Dan Terkel said his father died at home, and described his death as "peaceful, no agony. This is what he wanted."

in the last 6 weeks, the federal reserve has doubled the amount of total credit in the banking system since 1913
from contrarian profits: Almost a trillion dollars of new credit in 6 weeks! Gaaaahhhh! My hands now mysteriously clenched into Mogambo Fists Of Outrage (MFOO), I am forced to clutch a pencil between my teeth and try to laboriously calculate that if $1,803 billion in Federal Reserve credit is up $915 billion in 6 weeks, then the percentage change is, ummm, wait a minute, ummm, carry the one, ummmm, well, the percentage change is, ummm, well, who the hell cares what the damned stupid exact percentage is when you can just freaking LOOK at the problem to see that TFC has about doubled? Yow! A 100% gain! In 6 weeks! My brain is staggered! In 6 lousy weeks, all of the total credit in the banking system created by the Fed since 1913 was almost instantly (poof!) doubled! Gaaaahhhh! We’re freaking doomed!