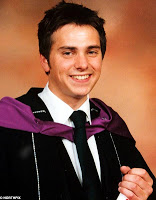 from the australian: A Fruit-picking trip to southern New South Wales ended in the death of a Scottish backpacker who became embroiled in a bizarre row about creationism and evolution. English backpacker Alexander Christian York, 33, was today sentenced to a maximum of five years jail for the manslaughter of Scotsman Rudi Boa in January last year. Mr Boa, 28, died on January 27 after being stabbed by York... [Boa] had been arguing the case of evolution, while York had taken a more biblical view of history. 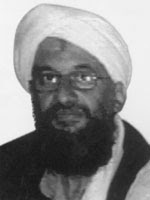 from abc: A new al Qaeda communique featuring Al-Qaeda's number-two man was released on the internet Friday morning. References to last month's peace conference in Annapolis indicate the recording is recent. The message, in Arabic, has not yet been fully translated, but early analysis indicates it contains fulminations about Mideast leaders' positions expressed at the late November event. Experts have authenticated the tape and confirmed the voice belongs to Zawahiri. It was released by As Sahab, the terror group's propaganda operation.

from daily mail: Stocks worldwide have plummeted in the wake of yesterday's unprecedented decision by leading central banks to pump billions into money markets in a bid to avoid a worldwide recession. The Bank of England has joined the U.S. Federal Reserve, the European Central Bank and their counterparts in Canada and Switzerland to pump at least £55billion into money markets.

principal tells teachers to dumb it down

from wcbs: Have teachers at an East Harlem school been ordered to lower their standards because many students there are poor? That's the impression some got from their principal's memo. And now City Hall has stepped in. The weather was gloomy Thursday outside Central Park East High School, but the talk was about a controversial memo from the school's principal.

from nytimes: Seven tons of metal studs that were being hoisted by crane at the new Goldman Sachs office tower near ground zero plummeted to the ground on Friday when a nylon sling failed, seriously injuring an architect who was in a construction trailer that was crushed.