from breitbart/afp: The world can expect a roller-coaster ride of conflict and unrest, natural disasters and a plunge in global stock markets once the Year of the Pig begins, Chinese soothsayers say… the last time such an arrangement appeared was in 2002, the year that followed the September 11 terrorist attacks… The Chinese calendar moves in 60-year cycles, meaning the world will experience in the new year events similar to those that took place in 1947. 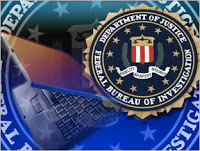 from kltv/abc: More than 300 laptop computers and guns were lost by the FBI in a nearly four-year period, according to a new Department of Justice inspector general’s report. At least 10 of the 160 laptop computers reported lost or stolen in that period contained sensitive or classified information, the report found.

US prison population soars
from denver post: Prison populations will grow 13 percent in five years, triple the expected U.S. population growth rate during that time, and will cost an additional $27.5 billion, a report released Wednesday projected.

bernstein on bush’s disinfo & misinfo
from editor & publisher: “I think what we’re talking about with the Bush administration is a far different matter in which disinformation, misinformation and unwillingness to tell the truth – a willingness to lie both in the Oval Office, in the Office of the Secretary of Defense, in the office of the vice president, the vice president himself – is something that I have never witnessed before on this scale.”