from reuters: A Milan judge on Friday ordered 26 Americans, most of them thought to be CIA agents, to stand trial with Italian spies for the 2003 kidnapping of a Muslim cleric, who says he was flown to Egypt and tortured there... The trial, set to begin on June 8, will be the first criminal case over "renditions" - one of the most controversial aspects of U.S. President George W. Bush's war on terrorism. 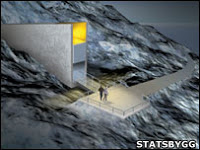 from bbc: The final design for a "doomsday" vault that will house seeds from all known varieties of food crops has been unveiled by the Norwegian government. The Svalbard International Seed Vault will be built into a mountainside on a remote island near the North Pole. The vault aims to safeguard the world's agriculture from future catastrophes, such as nuclear war, asteroid strikes and climate change...

armed US police could be on london streets 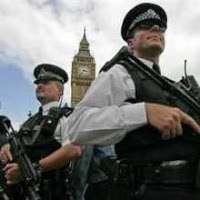 from telegraph: Armed foreign police could patrol the streets of London during the 2012 Olympics under an unprecedented scenario outlined by one of Scotland Yard’s most senior officers... Assistant Commissioner Tarique Ghaffur, the man in charge of security preparations for the Games and Britain’s most senior Muslim police officer, also raised the prospect of British troops being drafted in to help with the huge security challenges... “I don’t think we should shy away from that. In a global environment, a capital city, international policing is a global family.”

empire of oil: the hidden history of 9/11

from google video: Learn the secret history behind the events leading up to the September 11 attacks, seldom revealed to the public and who actually may have benefited the most from the attacks and why. 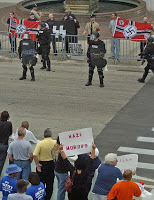 from orlando sentinel/total411: A paid FBI informant was the man behind a neo-Nazi march through the streets of Parramore that stirred up anxiety in Orlando's black community and fears of racial unrest that triggered a major police mobilization. That revelation came Wednesday in an unrelated federal court hearing and has prompted outrage from black leaders, some of whom demanded an investigation into whether the February 2006 march was, itself, an event staged by law-enforcement agencies.