from the trail: As if Ron Paul's supporters needed any more motivation to storm the battlements and wreak havoc on the Republican presidential primary, now comes this: the feds are trying to take away their money. Federal agents on Wednesday raided the Evansville, Indiana headquarters of the National Organization for the Repeal of the Federal Reserve and Internal Revenue Codes (NORFED), an organization of "sound money" advocates that for the past decade has been selling what it calls Liberty Dollars, a private currency it says is backed by silver and gold stored in Idaho, with a total of more than $20 million in circulation, according to the group.

from reuters: The Federal Reserve on Thursday pumped its biggest temporary daily infusion into the U.S. banking system since just after the September 11, 2001 attacks as short-term lending rates rose on both sides of the Atlantic. Even though some news about bank write-downs from riskier investments was not as dismal as some investors had feared, underlying strains pushed overnight lending rates up in both the United States and Europe.

from louder than words: 'Loose Change: Final Cut' is the third installment of the documentary that asks the tough questions about the 9/11 attacks and related events. This movie hopes to be the catalyst for a new independent investigation, in which the family members receive answers to their questions, and the TRUE PERPETRATORS of this horrendous crime are PROSECUTED and PUNISHED.

from jerome corsi: Under the direction of the Department of Homeland Security, NORAD-USNORTHCOM has begun planning comprehensive, multi-year exercises aimed at involving every U.S. state in game-playing designed to simulate national emergencies. The emergencies planned in the exercise scenarios range from natural disasters, such as Hurricane Katrina, to terrorist attacks and health emergencies, as envisioned in a possible avian flu epidemic or pandemic influenza. 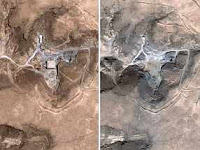 from raw story: UN nuclear watchdog has no evidence Syria had nuclear facility... The International Atomic Energy Agency... has not been able to conduct an investigation into the events surrounding the Sept. 6 Israeli bombing of a Syrian military installation because neither the Bush administration nor Israel are cooperating. 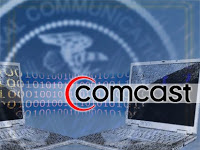 from ap: A San Francisco Bay area subscriber to Comcast Corp.'s high-speed Internet service has sued the company, alleging it engages in unfair business practices by interfering with subscribers' file sharing. Subscriber Jon Hart based his claims on the results of an investigation by the Associated Press published last month that showed Philadelphia-based Comcast actively interferes with attempts of some high-speed Internet subscribers to share files online.