from san jose mercury news: In a chilly South Lawn ceremony, Bush lauded the University of Florida's football team on Monday for its 2006 championship season... "Like you might remember, all the pre-game polls said you couldn't win... So much for polls." 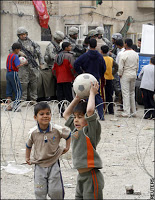 from telegraph: President George W Bush used the fourth anniversary of the start of the Iraq war yesterday to warn that US withdrawal would unleash a "contagion of violence" that could spark a repeat of the September 11 attacks.

Although he conceded that there would be "bad days ahead", he insisted that there had been "good progress" in Iraq and there were "hopeful signs" that the influx of 30,000 additional troops would stabilise Baghdad.

from new york post: Mayor Bloomberg killed a study on the city's response to the 9/11 attacks after his lawyers said they did not want a report that cited any missteps or dealt with "environmental" or "respirator issues," says a former city official... "The Bloomberg administration acted to sweep any potential problems under the rug" ...

from national ledger: Depending on one's point of view, Rosie O'Donnell is either a silly comedian... or a shrill pundit... But now it appears her toes are no longer just on the edge of the ledge of reason. Now O'Donnell has plunged into the dark world of 9/11 conspiracy theories and is set to blame the US Government for the attacks that took place on September 11.

kristof: US should stop biting tongue on israel 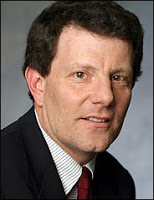 from raw story/new york times: Whether they have "learned to muzzle themselves" or they "just don't get it," US politicians should stop biting their tongues when it comes to Israel, New York Times columnist Nicholas D. Kristof argues...

"Democrats are railing at just about everything President Bush does, with one prominent exception: Bush's crushing embrace of Israel," Kristof writes.