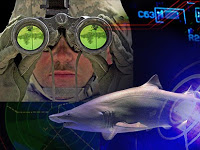 from abc: Creating armor that renders a soldier invisible. Stimulating the brain to suppress sleep for days. Arming sharks with chemical implants and cameras to work as spies. This year the Pentagon will spend $78 billion - about half of all government research and development dollars - on a variety of projects, according to the American Association for the Advancement for Science. 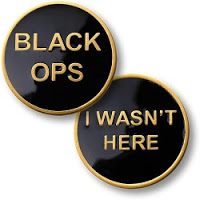 from blacklisted news/examiner: The U.S. military command in charge of protecting the homeland asked the Pentagon earlier this year for a contingent of special operations officers to help with domestic anti-terrorism missions. Military sources told The Examiner that U.S. Northern Command, established at Peterson Air Force Base in Colorado in 2002, requested its own special operations command similar to ones assigned to overseas war-fighting commands, such as U.S. Central Command. 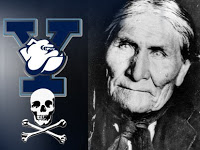 from abc: It has all the ingredients for the ultimate conspiracy theory. Take President Bush and his father, throw in a legendary Apache chief, strange rituals performed in the dead of night in a building named the Tomb, grave robbing, and a secret society of elite students called Skull and Bones.
related: skeletons in the bush family cupboard 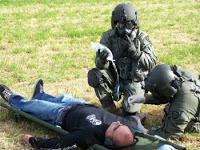 from salem news: The Oregon Public Health Division will participate next week with the Centers for Disease Control and Prevention and the Idaho Bureau of Laboratories in a full-scale public health preparedness exercise to evaluate the region’s response should an actual terrorism event occur.
(ed: this 'article' is the verbatim press release from oregon public health division)

from the stump: Meet Thomas Ravenel. He's South Carolina's Treasurer, a rising political star, the state chairman of Rudolf Giuliani's campaign for president (until yesterday), and friendly neighborhood coke distributor. We're not talking soda, either. What is it with Giuliani's friends? First Bernard Kerik, now Ravenel. The silver lining to all of this, however, is that we now have a brilliant new simile to add to the English vernacular: He's like a coke fiend in the treasurer's office! 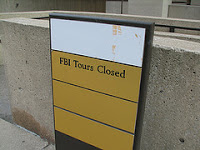 from blacklisted news/wired: Just one day after a news that an internal audit found that FBI agents abused a Patriot Act power more than 1000 times, a federal judge ordered the agency Friday to begin turning over thousands of pages of documents related to the agency's use of a powerful, but extremely secretive investigative tool that can pry into telephone and internet records.