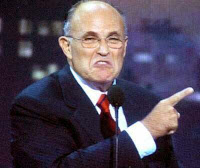 from new york times: As more and more workers who inhaled the dust at ground zero fall ill, it has become increasingly clear that much of the problem can be traced to the Giuliani administration’s failure to insist that all emergency personnel and construction workers at the site wear respirators... 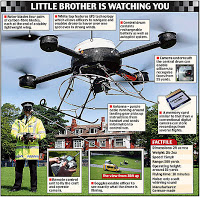 from this is london: The Microdrone, measuring only 2ft between the tips of its eight rotor blades, was originally designed for military reconnaissance.... The drone was unveiled the day after Hampshire Deputy Chief Constable Ian Readhead said the sheer number of CCTV cameras operating today was creating an "Orwellian" society.

the secret history of jerry falwell

from daniel hopsicker: At the same time the Rev. Jerry Falwell was accusing pagans, abortionists, feminists, gays, lesbians, the ACLU and People For the American Way of sharing responsibility for the 9/11 attack the televangelist owed over one million dollars in unpaid loans to the owner of the terror flight school in Florida which trained Mohamed Atta and Marwan Al-Shehhi... Falwell made no mention, then or ever, of his curious debt to secretive Green Bay financier Wallace J. Hilliard, whose flight school abetted, if unwittingly, the terrorist presence in the United States. Strangely, this is not Jerry Falwell’s only link to covert activity at the tiny Venice, FL airport.

from int'l herald tribune: An intensive campaign to enforce strict population-control measures prompted violent clashes between the police and local residents in southwestern China in recent days, witnesses said, describing the latest incident of rural unrest that has alarmed senior officials in Beijing.