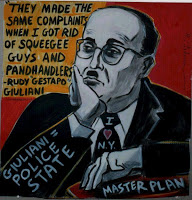 from the state: Republican presidential hopeful Rudy Giuliani met with firefighters and police officers in Spartanburg on Wednesday, using the forum to discuss the Sept. 11 terror attacks that earned him national attention.

“The first people that arrive on the scene of the bombing or the anthrax attack … it’s going to be one of your brothers or your sisters or you that gets to do it,” the former New York City mayor told a crowd of about 200 emergency workers. “Your ability to do it well will once again determine if we save lives — save America.”

pbs piece on terrorist surveillance program
from cryptogon: Your email and conversation is monitored. 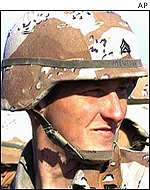 from salt lake tribune: Oklahoma City bombing conspirator Terry Nichols says a high-ranking FBI official “apparently” was directing Timothy McVeigh in the plot to blow up a government building and might have changed the original target of the attack, according to a new affidavit filed in U.S. District Court in Utah.

The official and other conspirators are being protected by the federal government “in a cover-up to escape its responsibility for the loss of life in Oklahoma,” Nichols claims in a Feb. 9 affidavit.

from scotsman: It has long been blamed for creating a nation of couch potatoes. But a new report today claims that Britain’s love affair with television is causing far more damage – both physically and psychologically – than previously thought…

“It is the number of hours and the age at which they start which produces the biological effects. It is because of the medium, not the message, that these effects are occurring.”