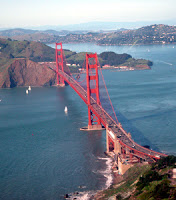 chatter about west coast 'incident' at all time high

from wayne madsen report: Chatter picked up by WMR's sources in the nation's capital and in California point to unusual events that could be a prelude to a 9/11-like false flag "incident" during the Labor Day weekend, possibly one focused on the San Francisco Bay Area.

The FBI in Seattle, as well as the Washington Joint Analytical Center (WJAC), have asked for the public's help in identifying two men spotted aboard Washington state ferries exhibiting unusual behavior. A number of ferry passengers have reported the two men showing strange behavior.

from crimes & corruption: Whether it's Washington, Alabama, New Hampshire, or South Carolina, the message is the same: We want our freedom, our rights, our money, and our country back, and we're willing to do whatever it takes to make it happen. Thousands are driving from all over their states to show support resulting in straw poll victories for Ron Paul with percentages as high as 81%. Dr. Paul has placed in a total of 16 straw polls now, tying him with Romney and thrusting him far beyond Giuliani in terms of visible support, and not a word about the trend can be heard from the mainstream media. 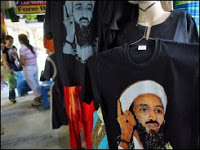 "All praise be to Allah, he is extremely healthy and active," the commander Mansour Dadullah said in a video interview, according to a transcript of the video's English subtitled translation, released Tuesday by the analyst IntelCenter.

from ap: The Pentagon said Tuesday that it will shut down an anti-terror database that has been criticized for improperly storing information on peace activists and others whose actions posed no threat.

It will be closed on Sept. 17 and information collected subsequently on potential terror or security threats to Defense Department facilities or personnel will be sent by Pentagon officials to an FBI database known as Guardian, according to Army Col. Gary Keck, a Pentagon spokesman.

daily show: 'america to the rescue'
from raw story: Jon Stewart offered a Daily Show-style history of American arms policy in the Middle East on Wednesday's program. "Obviously, the Iraq War is very complicated," he began. "It's another reason why Barack Obama's foreign policy inexperience is going to be an important issue in this campaign. You can't have a newbie overthrowing the delicate balance that we have engineered and maintained in this complex region."