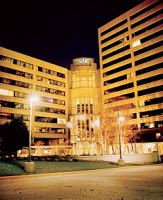 from op-ed news: Who in the hell is SAIC? Who in the hell is it's former chairman, J. Robert Beyster? For that matter, who in the hell is its current chairman, Kenneth C. Dalhberg? Well, after some virtual footstepping and some practical considerations, my conclusions lead to the word, trouble. Big trouble! ... "Nobody knows who they are," says Glenn Grossenbacher, a Texas lawyer who has battled SAIC in court on a whistle-blowing case. "Everybody knows Northrop Grumman and G.E., but if you went out on the street and asked who the top 10 [defense] contractors are, I can guarantee you that SAIC would not be one of them..."

from press tv: Director of Iran's Atomic Energy Organization says Tehran has completed the enrichment process and can produce its own nuclear fuel. Gholam-Reza Aqazadeh said the pellets applicable in the 40-megawatt Arak heavy water research reactor have been produced based on existing standards. He added that the fuel manufacturing plant would be ready by September 2008 to provide fuel for Arak research reactor. 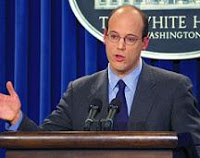 from thinkprogress: In September, the New York Times reported that the White House front group Freedom’s Watch, led by former White House Press Secretary Ari Fleischer, was considering a “national advertising campaign” to make the case for war with Iran, claiming that “Iran poses a direct threat” to U.S. security. Previously, Freedom’s Watch doled out $15 million to flack for the Iraq escalation. 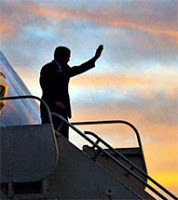 from raw story: The Bush Administration knew that Pakistani strongman Pervez Musharraf planned to institute emergency rule but did not act or speak out about the plan, according to officials with knowledge of the discussion who spoke anonymously in Friday's Wall Street Journal. "In the days before the Nov. 3 announcement, the general's aides and advisers forewarned U.S. diplomats in a series of meetings in Islamabad, according to Pakistani and U.S. officials," the paper said.