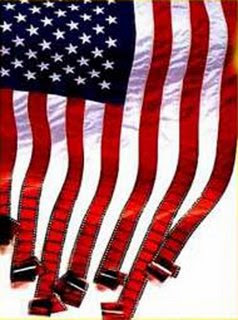 from danger room: Are you an aspiring filmmaker who wants to produce a spy thriller? Well, you’re in luck because the CIA has a pile of script ideas lying around.

Ironic, you say, that an organization known for secrecy is doling out helpful hints to Hollywood? The CIA doesn’t think so. For them it’s all about image control. And they’re just the start of it. The Department of Defense and just about every branch of the military has an entertainment industry liaison similar to the CIA’s.

If you want to make a war film and need a fleet of F-22s, a crowd of Marines, or a Navy aircraft carrier, just call up the Department of Defense’s entertainment media office and they’ll tell you if the Army can spare that M1A1 Abrams tank you’ve always wanted for a day or two of filming.

“The scripts we get are only the writer’s idea of how the Department of Defense operates,” Vince Ogilvie, deputy director of the Defense Department’s entertainment liaison office, told Danger Room. “We make sure the Department and facilities and people are portrayed in the most accurate and positive light possible.” …

OK, fair enough I guess, but why has the Defense Department recently partnered with 20th Century Fox to make an X-Men/U.S. Army ad or with explosion-enthusiast Michael Bay to make all three Transformers movies? In The Washington Post, David Sirota suggests entertainment like this is “government-subsidized propaganda.”

flashbacks: ‘hollywood & the war machine’*
media & military: still in love after all these years*
operation: hollywood*